The site that is described in this post is not aesthetically pleasing in any way.

Moreover, I don’t recommend visiting it at all, even if someday you find yourself in the area. I don’t even want to talk much about it. However, the place is still there, in the city of Pripyat, and despite the horror that surrounds the very fact of its existence, it’s worth mentioning.

This post is about the creepiest site of the abandoned city: the basement of the city hospital. 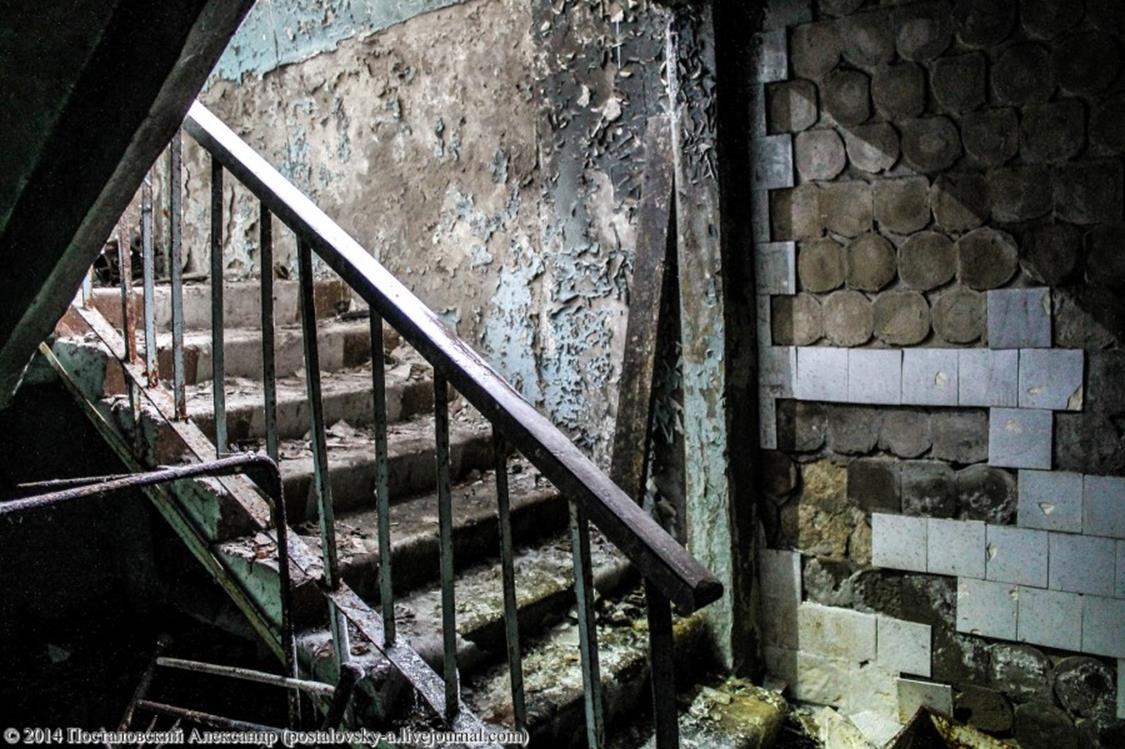 This basement is linked to one of the most disturbing and tragic moments of the disaster at the Chernobyl Nuclear Power Plant on April 26, 1986.

A few hours after the accident, starting from 4 a.m. (the accident occurred at 1:23 a.m.), the victims were brought to the hospital from the plant.

Among those were the firemen who extinguished the fire on the roof of the Reactor 4 as well as the staff of the plant.

All their belongings, including shoes, outerwear, and bed linens they touched were thrown into the basement because of the high radiation contamination levels. 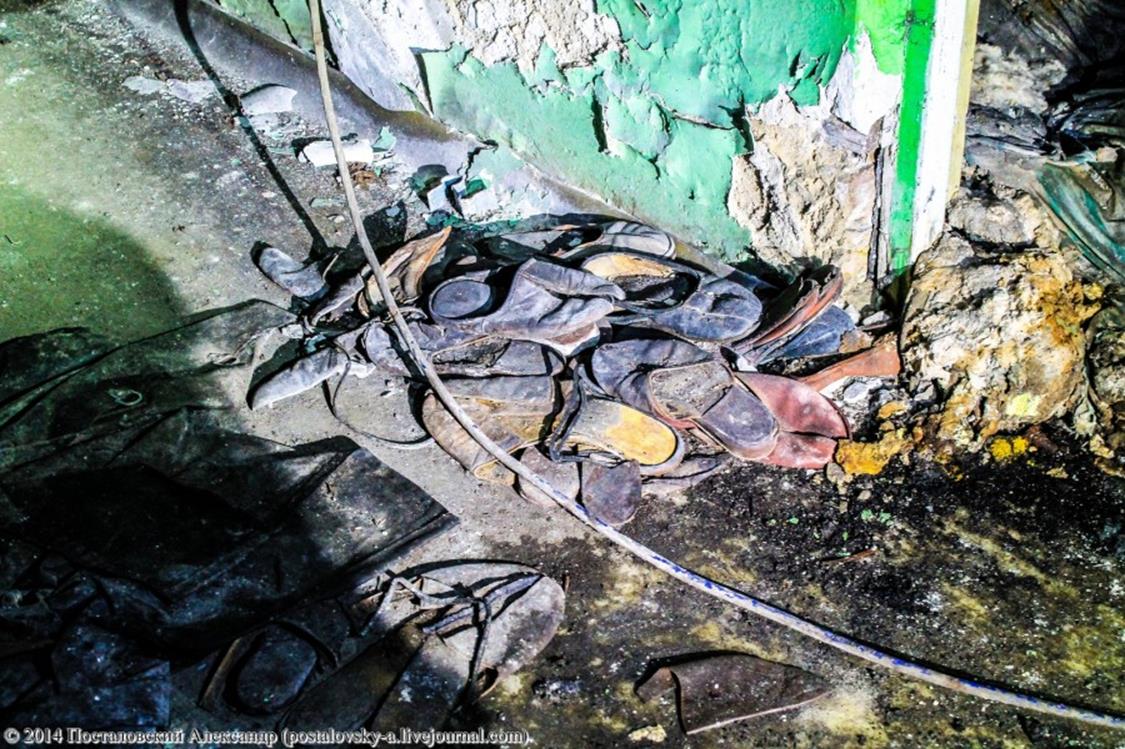 Many of those who used to own these items are no longer alive. Several dozens of those who took part in the fire extinguishing at the Reactor 4 died a painful death during the following two weeks at the Hospital №6 in Moscow. 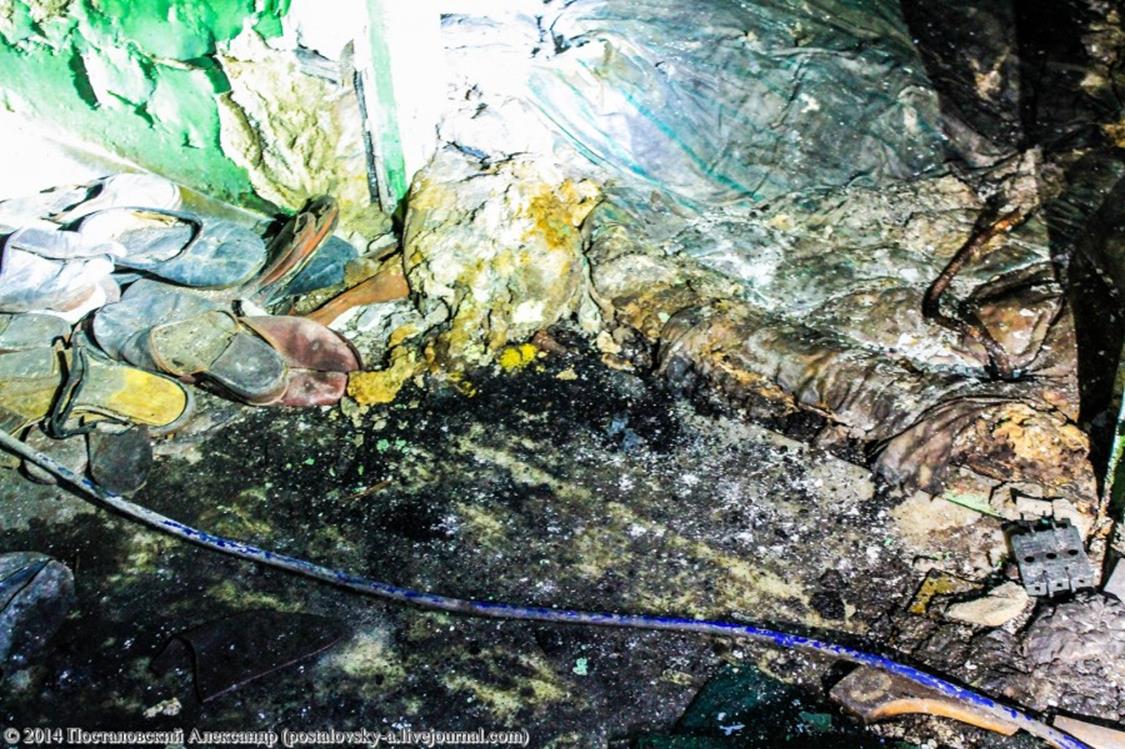 Years have passed, but these items are still contaminated with radiation, the levels are incredibly high. 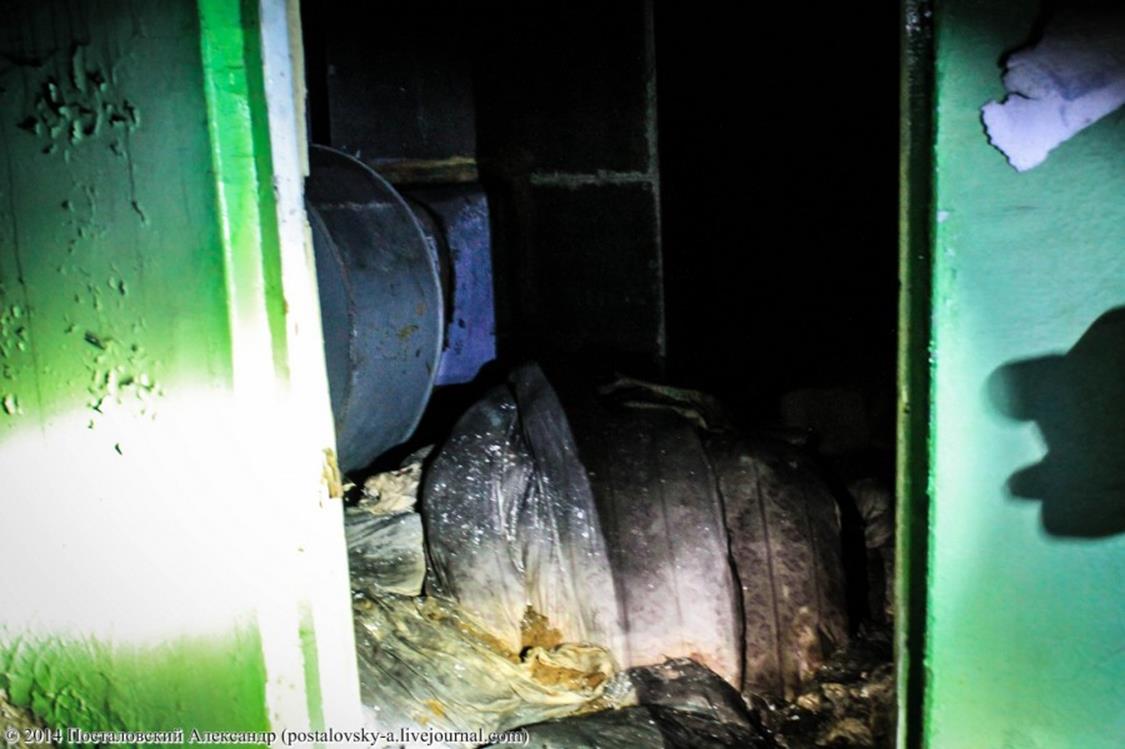 It is worth mentioning that the levels in the hospital itself are quite normal. The hospital is included into the official tour. Visiting the basement of the medical unit, however, is strictly prohibited.

This is due not only to the radiation levels, but also to various chemicals and other harmful things being down there.

I won’t go into detail about how I managed to get inside, but I insist that those daredevils who decide to visit wear shoe covers and respirators at the very least. 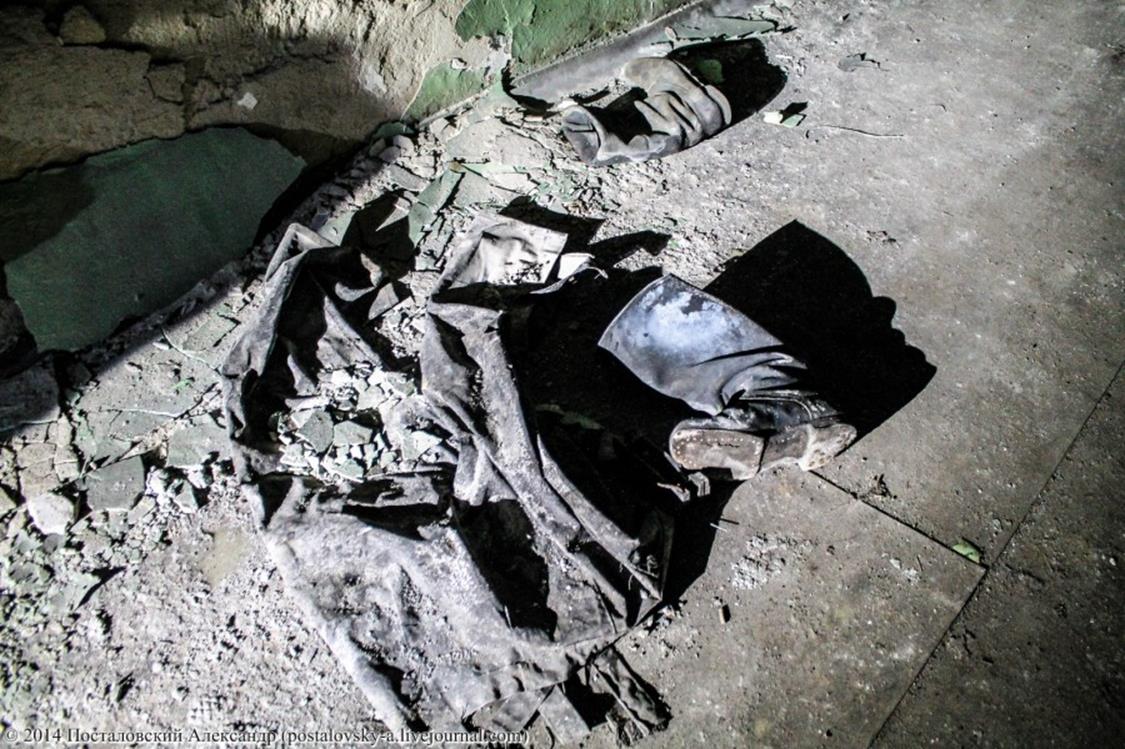 The boots and uniform remnants of the firemen who were putting out the fire at the Reactor 4. 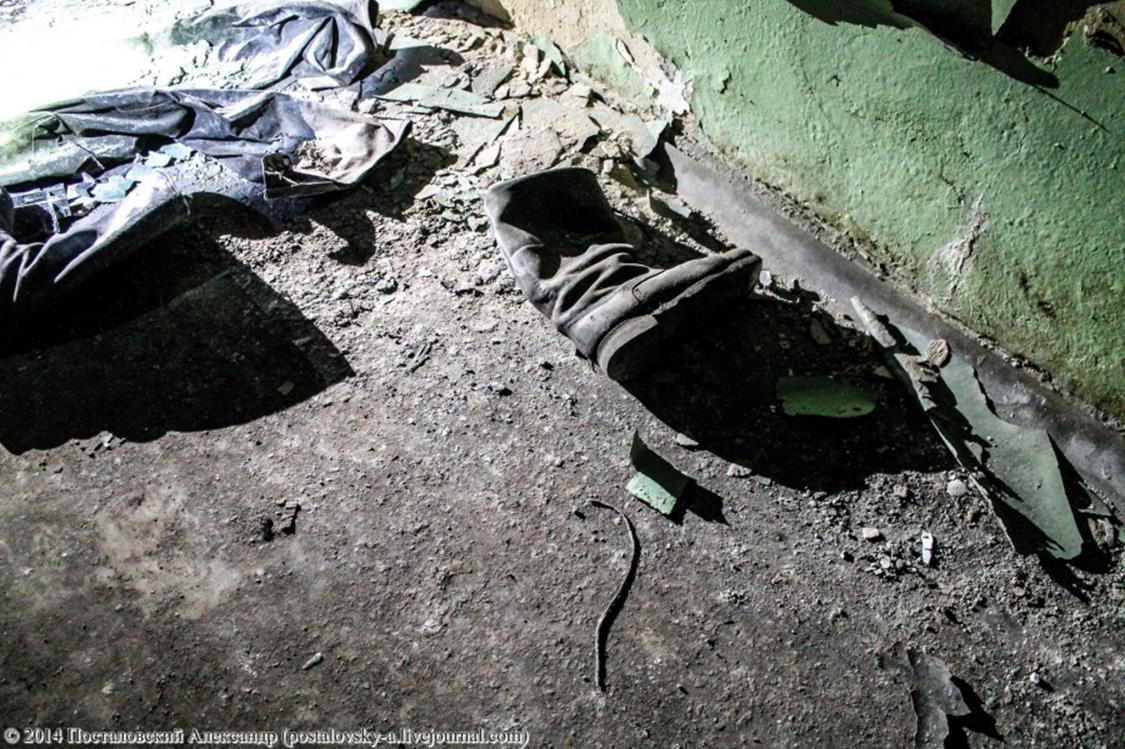 Earlier it was possible to find cloth caps, fire hoods and many various helmets in here, but as time went by, these items started disappearing. 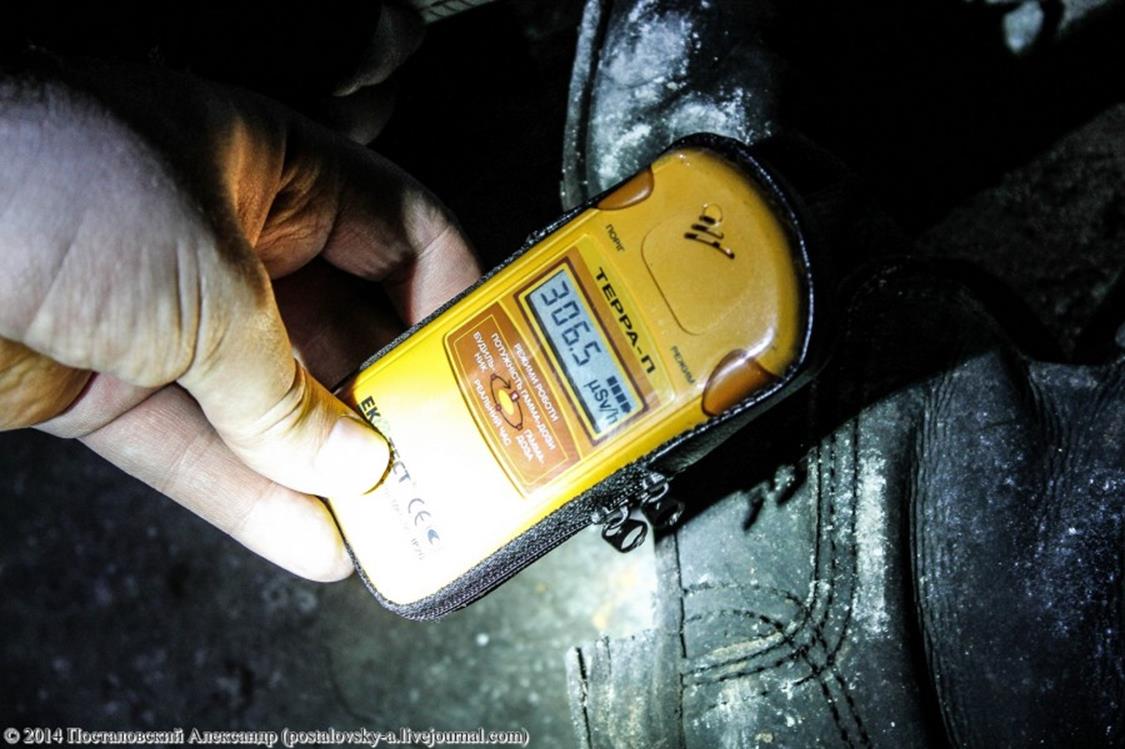 Measuring the contamination levels on a boot of a fireman, more than 30 milliroentgen. To make it clear, this is more than 1000 times the normal level. 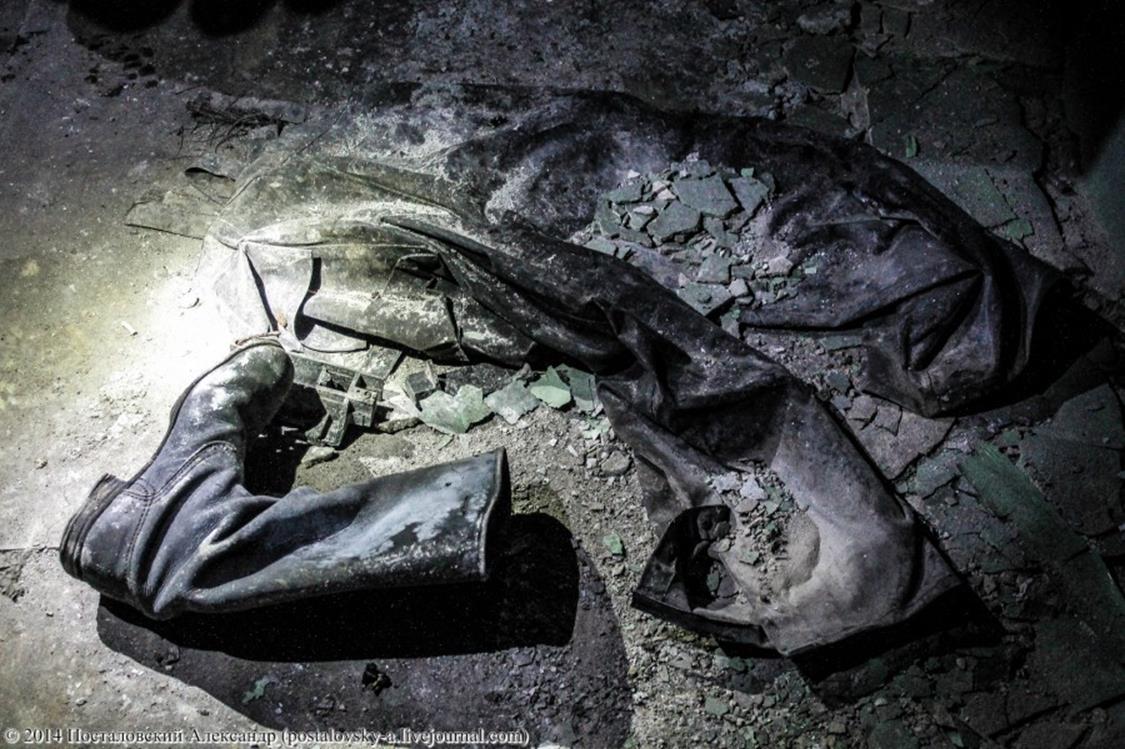 The dosage that the owners of these items received amounted to 500-600 Roentgen! Down in the basement the depression is overwhelming, and the feeling of connection to those times and particularly the night of April 26, 1986 incessantly haunts you. 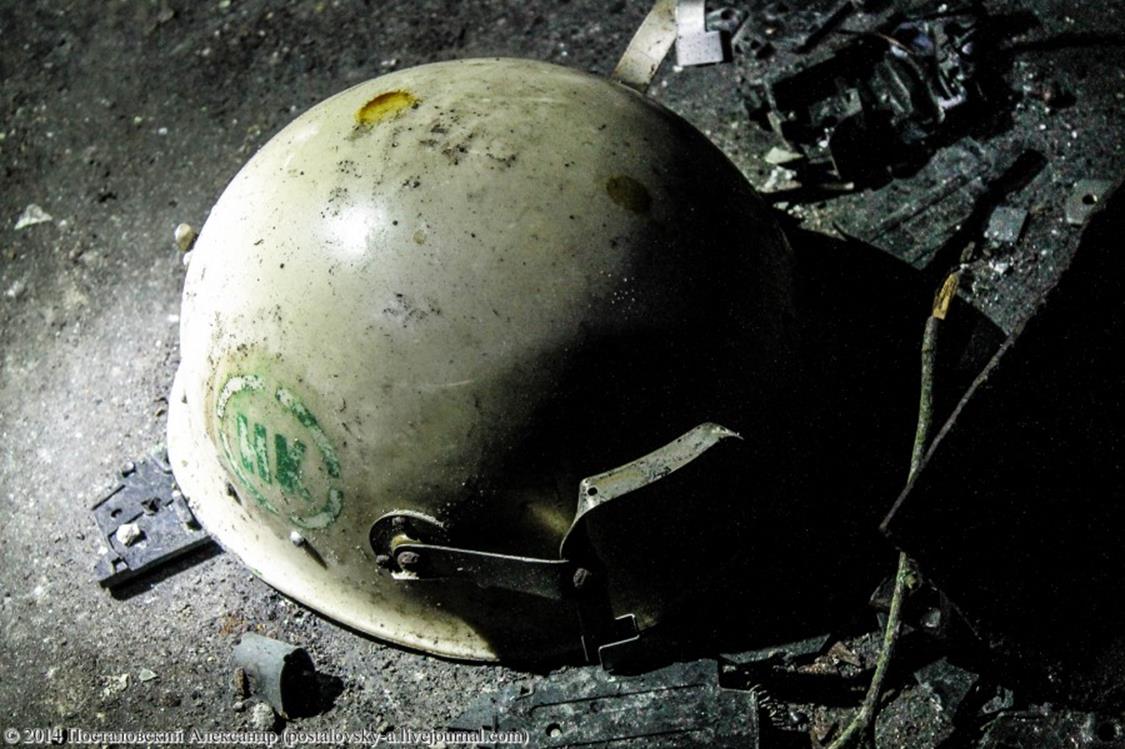 A fireman’s helmet. It was impossible to find a label or an ID number on it. But you can clearly see the letters “NK”. This stands for watch commander (“nachalnik karaula” in Russian), so it is possible that the helmet belonged to one of the firemen in the photo below.

We decided to relocate the helmet to a more secure spot. 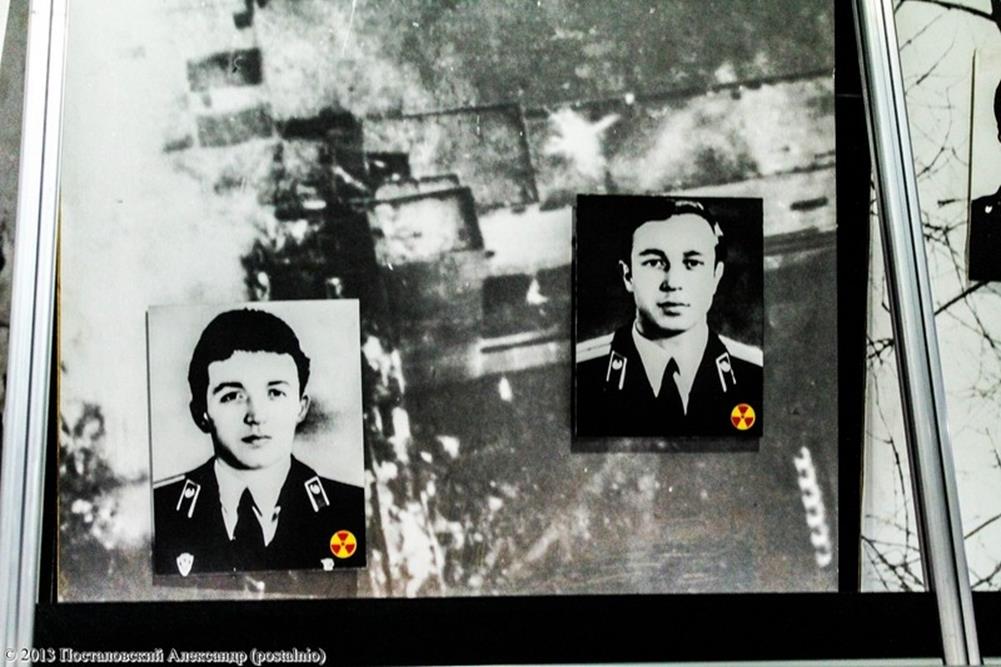 Both were posthumously awarded the Hero of the Soviet Union titles. 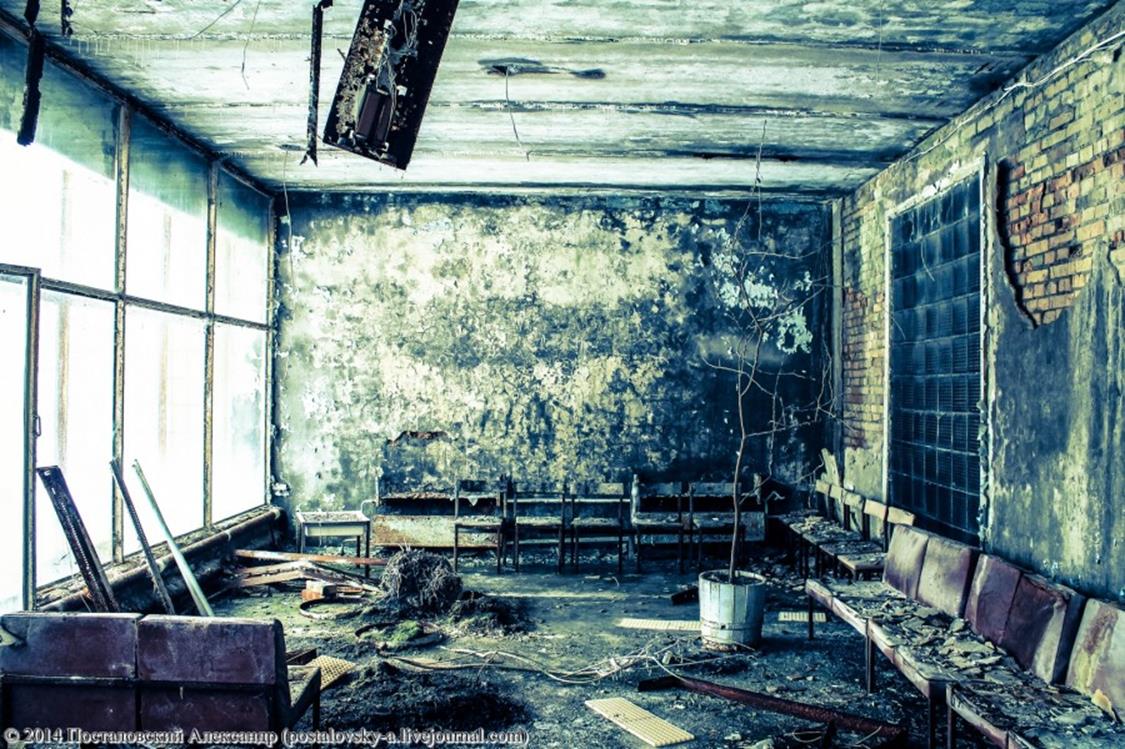 Then we headed upstairs, leaving the basement. 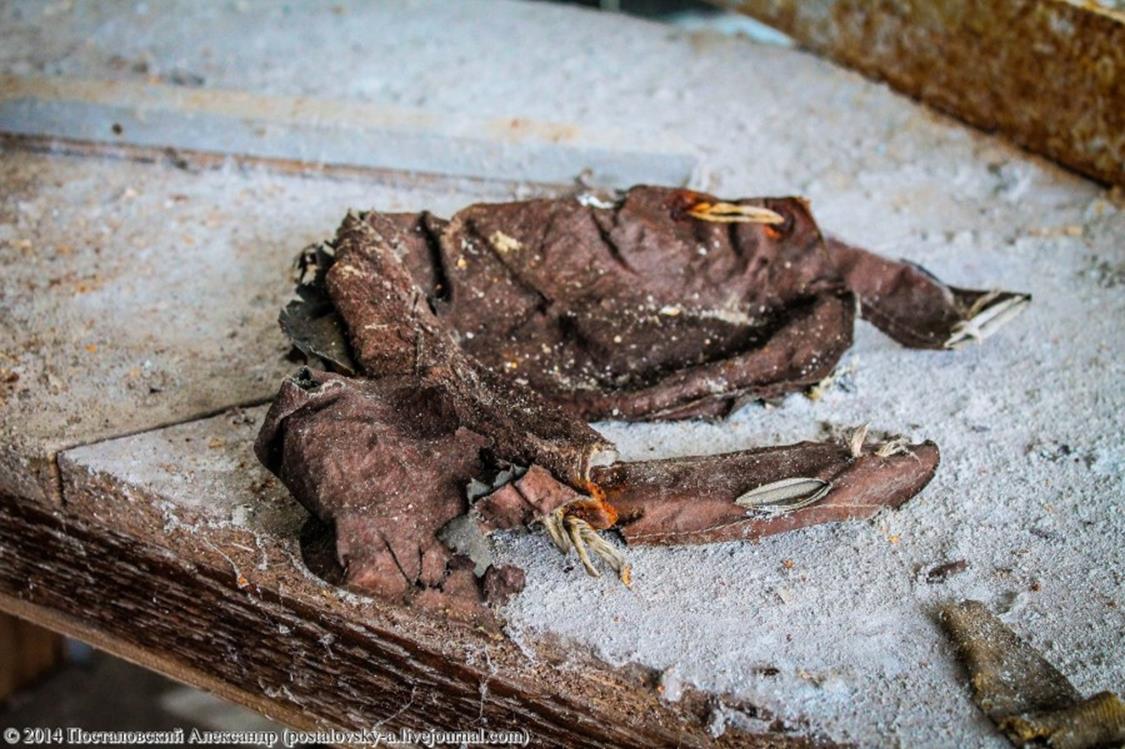 And finally fire hood remnants from the 126th medical unit basement that somehow found its way to the lobby of the hospital. 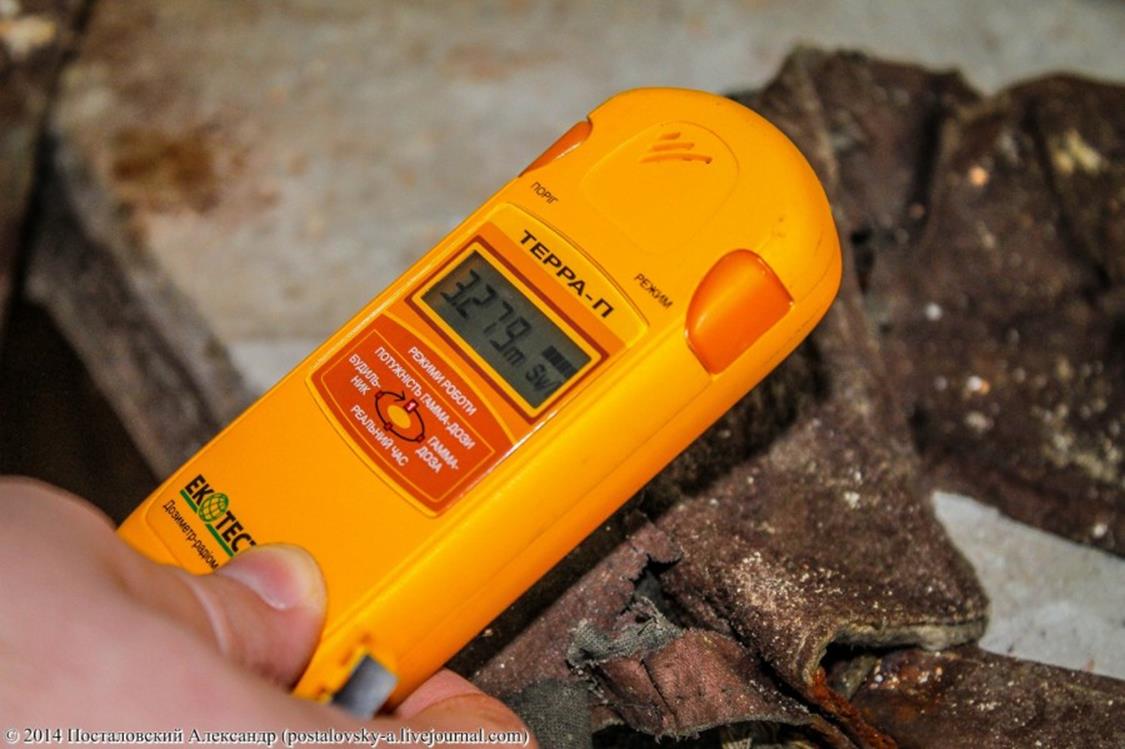 Like everything that comes from the basement, the hood has a high contamination level. 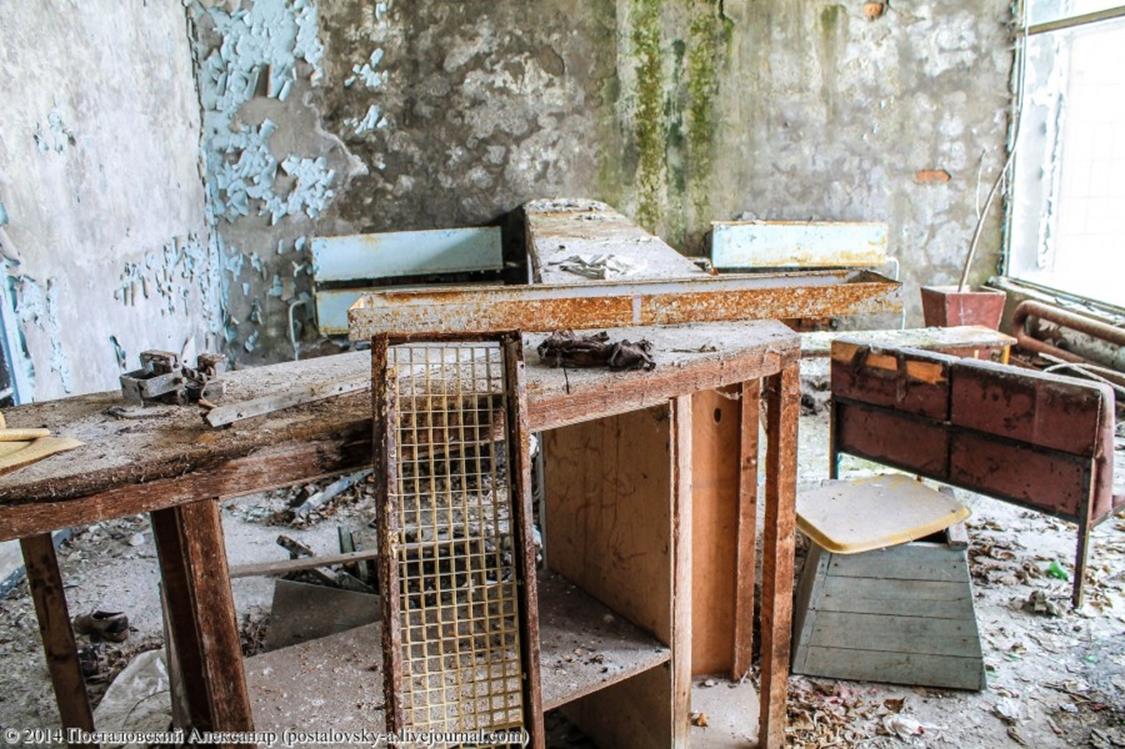 This is a very creepy and gloomy place. Not all of even the most experienced visitors of the Exclusion Zone that had been here more than 10 times have courage to go down to the hospital basement.

A documentary about this place. Start from 20:28.

Very few of those who do want to come back. And I hardly know anyone who would like to visit that place. Personally, I would go down to the “death basement’ once more.

Probably, this is just my interest for history and my own sheer curiosity. But I wouldn’t recommend anyone else to go down there, as there are much safer and much more exciting places in the world. 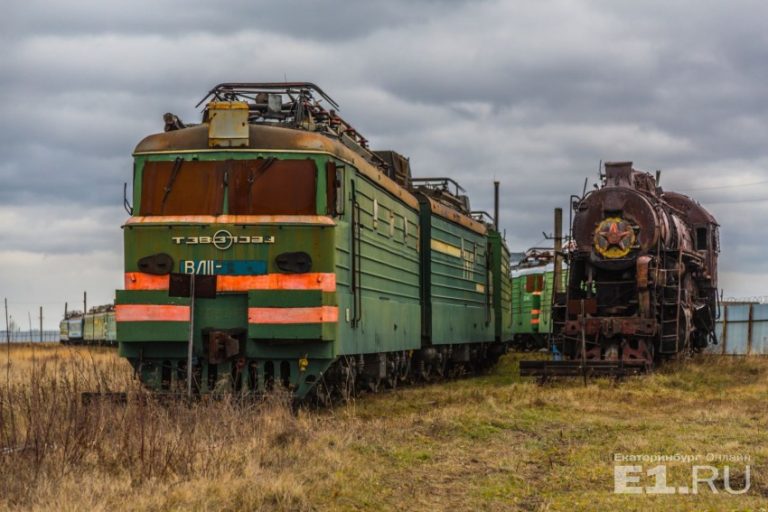 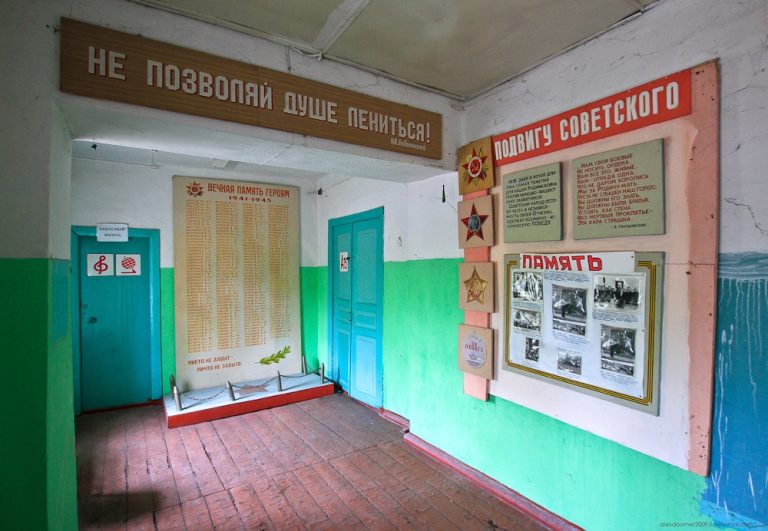 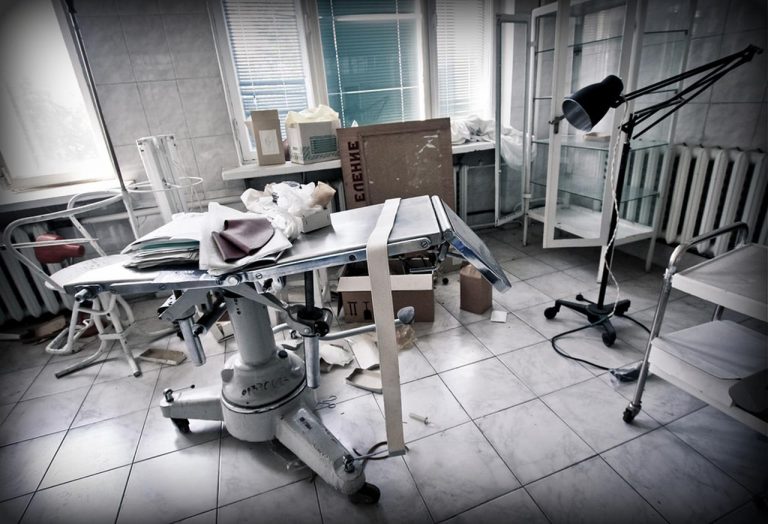 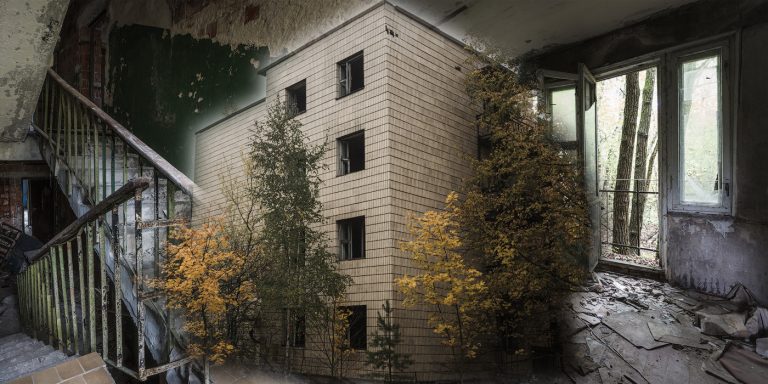 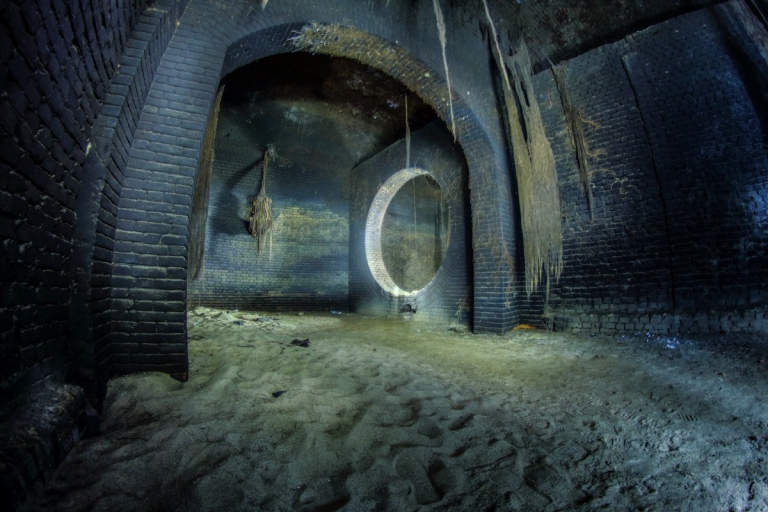 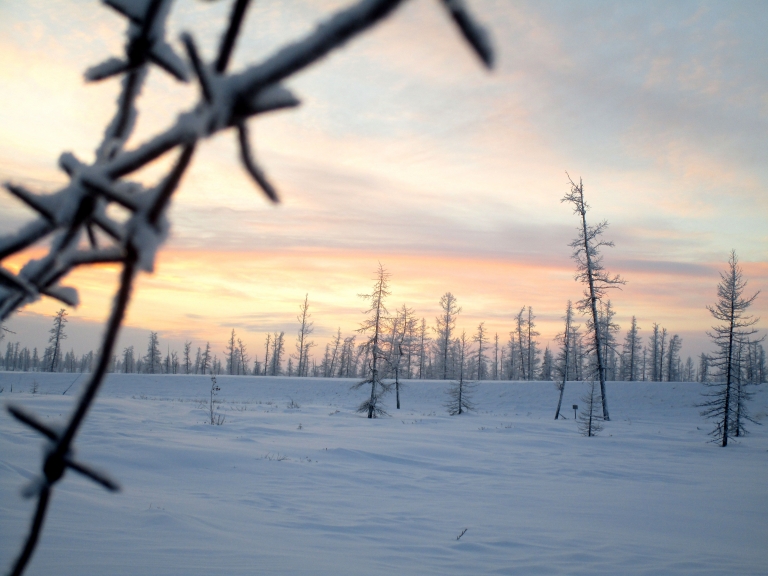