Today’s post is about a research institute that was the leader in its field during the Soviet era. It was home to multiple hi-end technological developments, machinery designs and professional scientific brainpower. Sadly, all of it is now history, and starting in 2000s the research activity in the institute began to decline. It became crystal clear by 2010. First the majority of the spaces inside the buildings were let out for lease, then redevelopment of the premises began and many buildings were being demolished.

Some time ago we saw that the main building of the research facility was being fenced off which was the first sign that there soon would nothing but ruins and a construction pit where it once stood. Soon after that, due to a lucky combination of circumstances, we were able to get inside and take some pictures.

A room where some drafts, an all-Union State Standards card index and some records had been preserved. 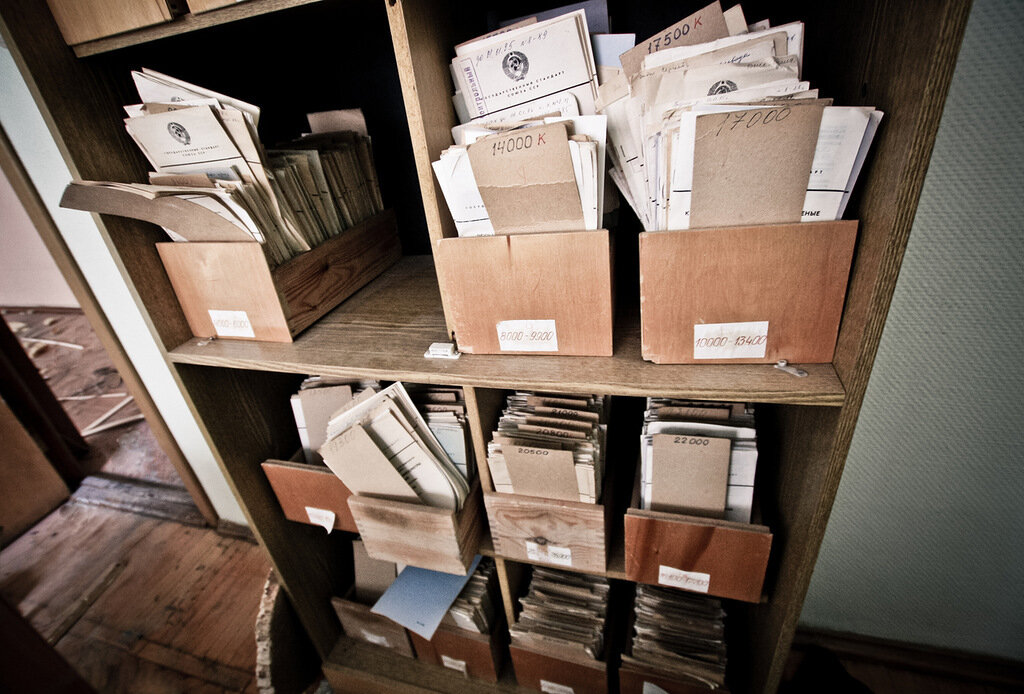 Walking on through the level. The majority of the rooms were either empty or filled with office supplies. Then we noticed this helmet that proudly says «USSR» on it and a phone. 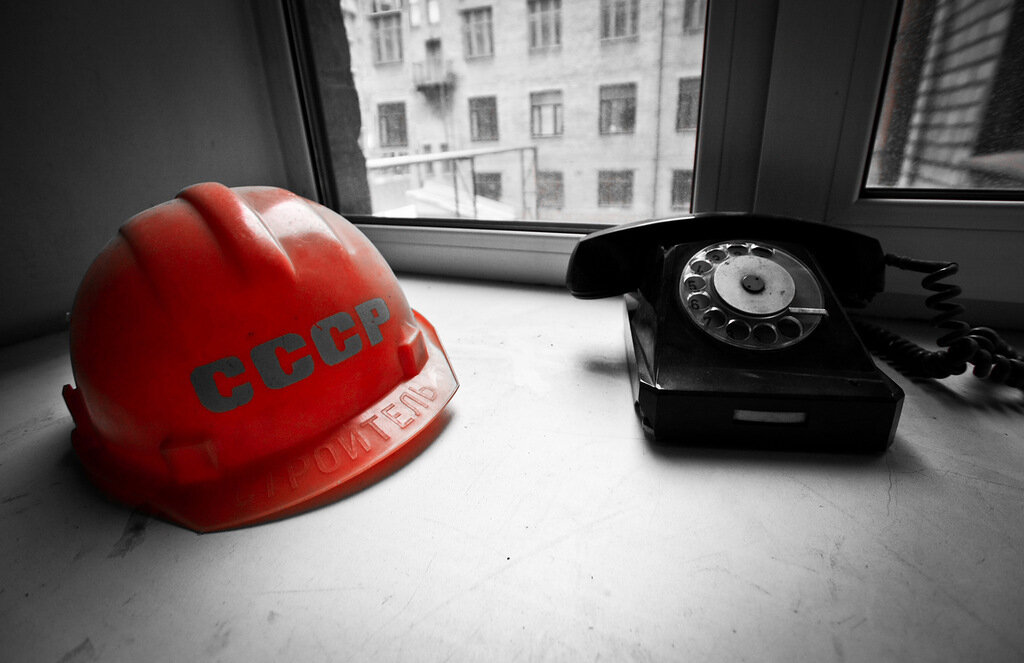 Then we spotted a small door in the central part of the level. We came in and saw that it was a projection booth. Looking down through the window we saw an assembly hall.

Frankly, I had thought that it would be devastated or filled with rubbish, but its condition was perfect. We wanted to go down there and get inside the hall right away. 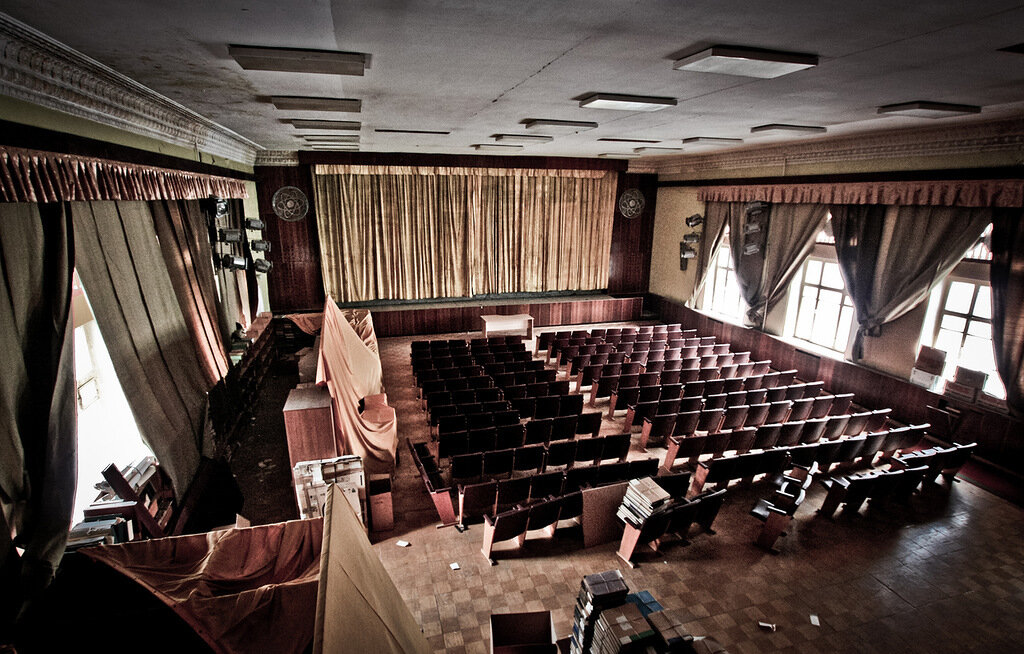 So, we headed to the main staircase. It was decorated with beautiful balusters, but sadly all the metal elements and windows had been torn away, everything was covered in rubbish, so you could not really appreciate the beauty. 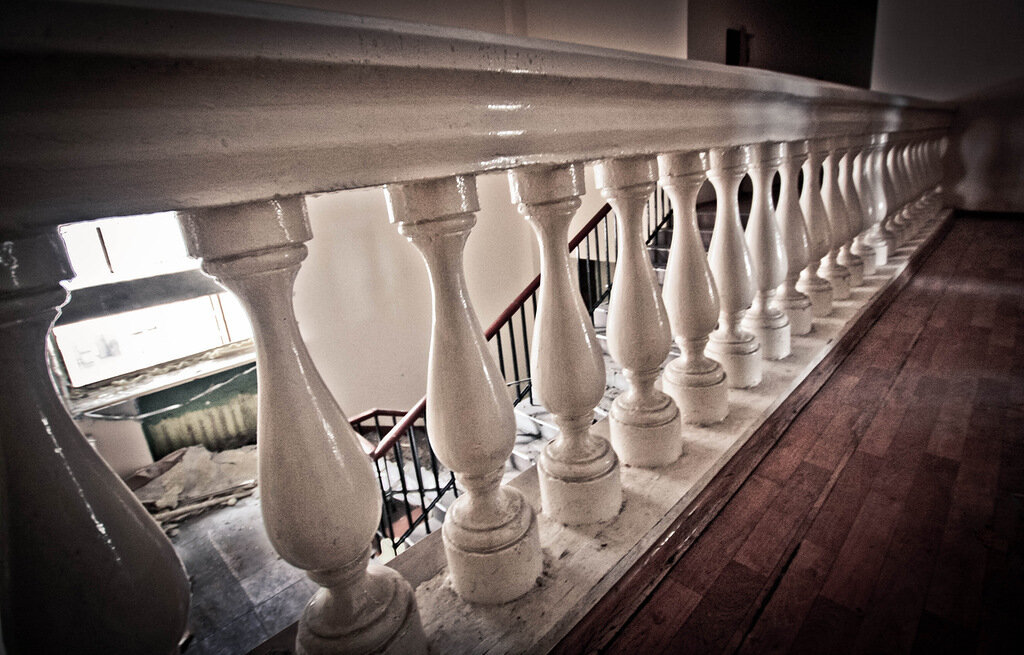 We got to the assembly hall. 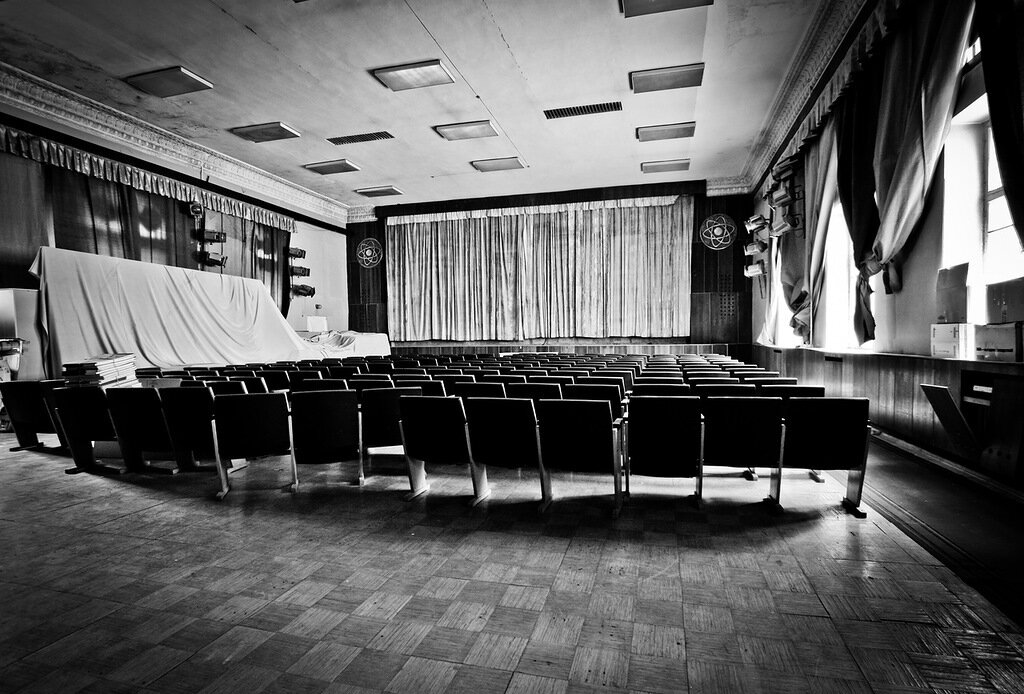 There were remains of old mock-ups of excavators and other vehicles on the windowsill. There used to be a few large ones, but then they were broken into pieces and moved here.

The claw that is grabbing something could be a symbol if what is happening to the institute right now. 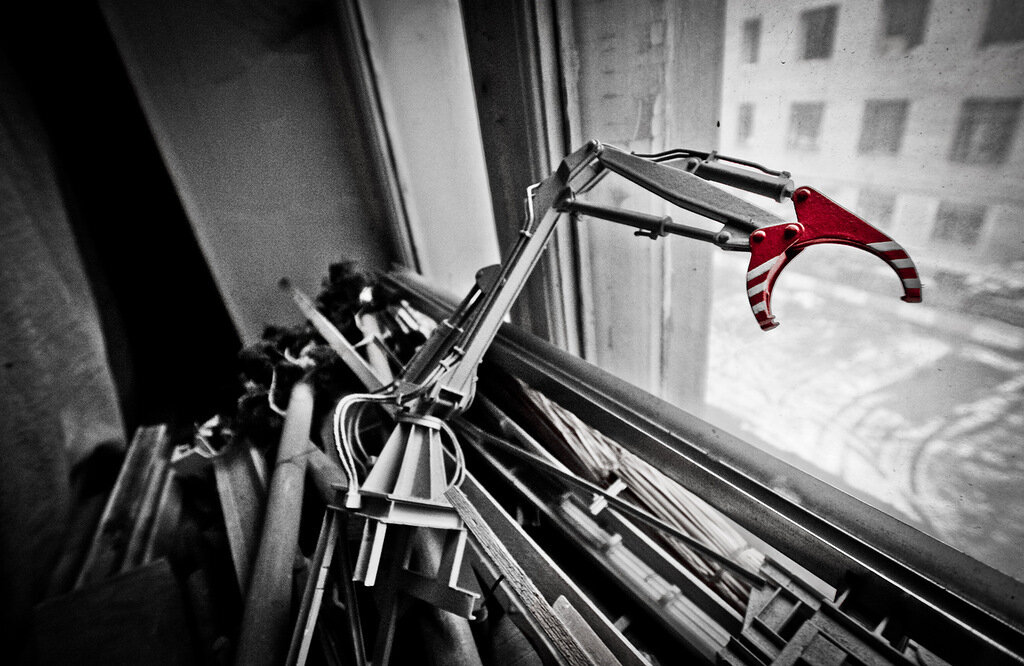 We approached the stage. The spotlights and other lighting equipment were intact. 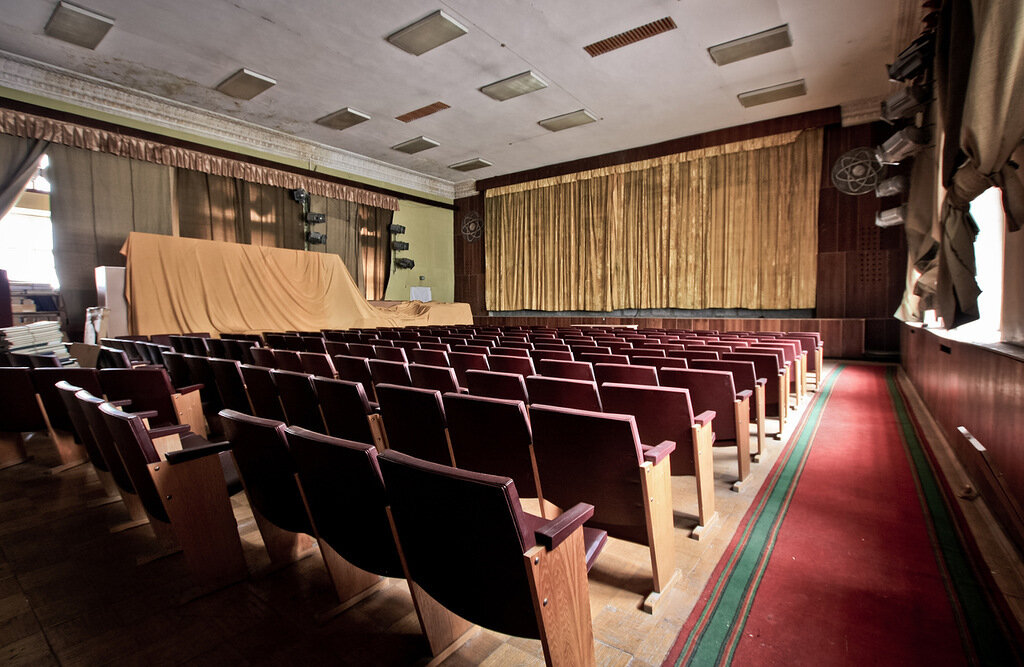 Walking on. There were broken as well as operational printers, scanners, phones, organizers, pens and other office stuff everywhere. 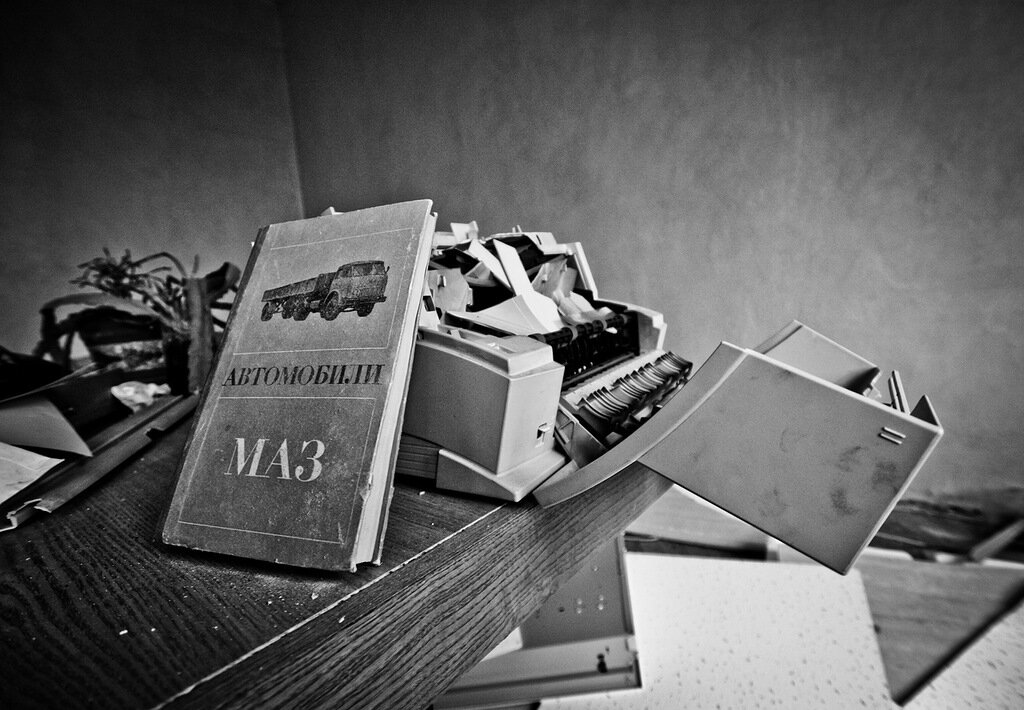 Then I could have told you the story about almost getting attacked by some delinquents while we were in the assembly hall, but for some reason they decided that the door was locked and went to look for some tools to open it, and we had time to flee.

So we quickly ran to the staircase and down into the basement. There used to be quite a few labs down here. The first thing to catch our attention was this device in the “Pandora’s” box. 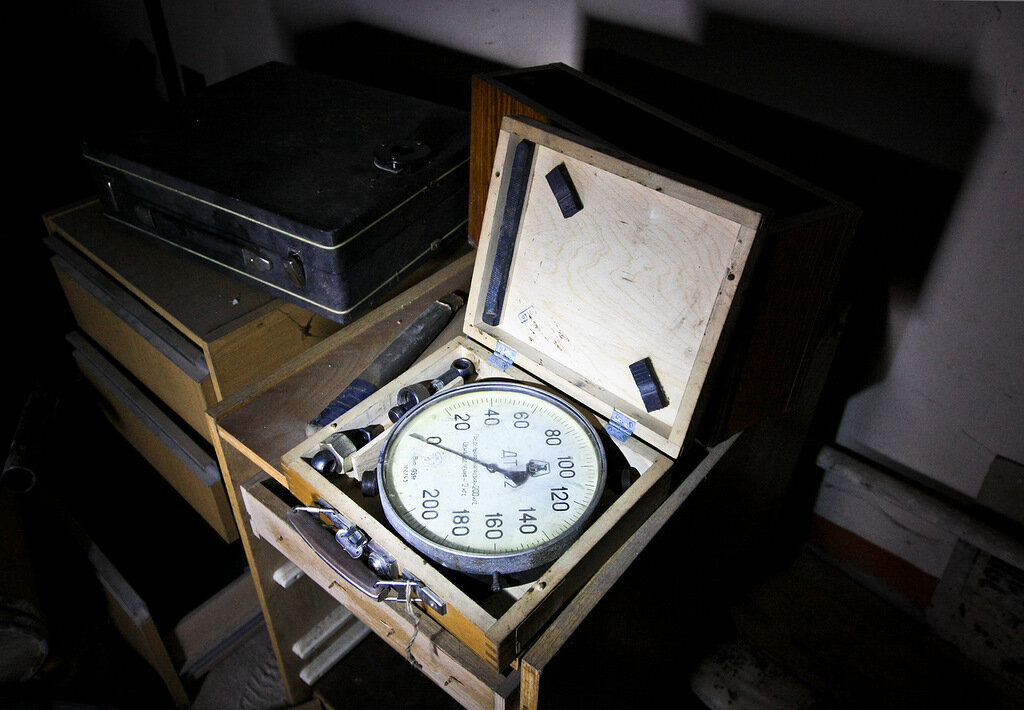 There is a storage closet nearby filled with a load of rubbish, including all kinds of measuring equipment, voltage meters and other stuff like that. 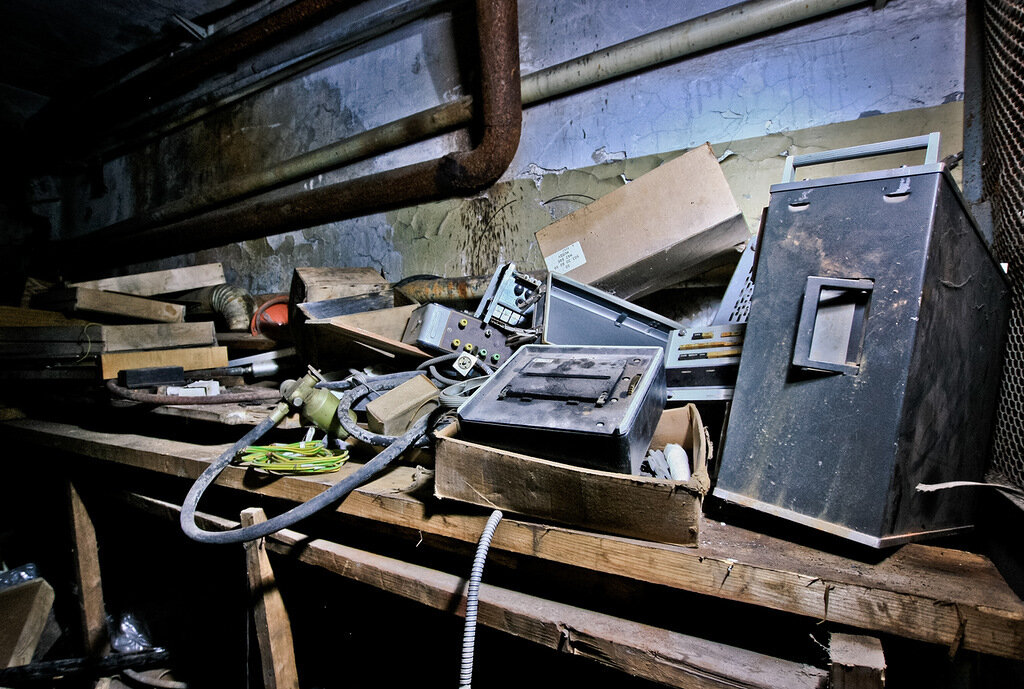 One of the voltage meters. 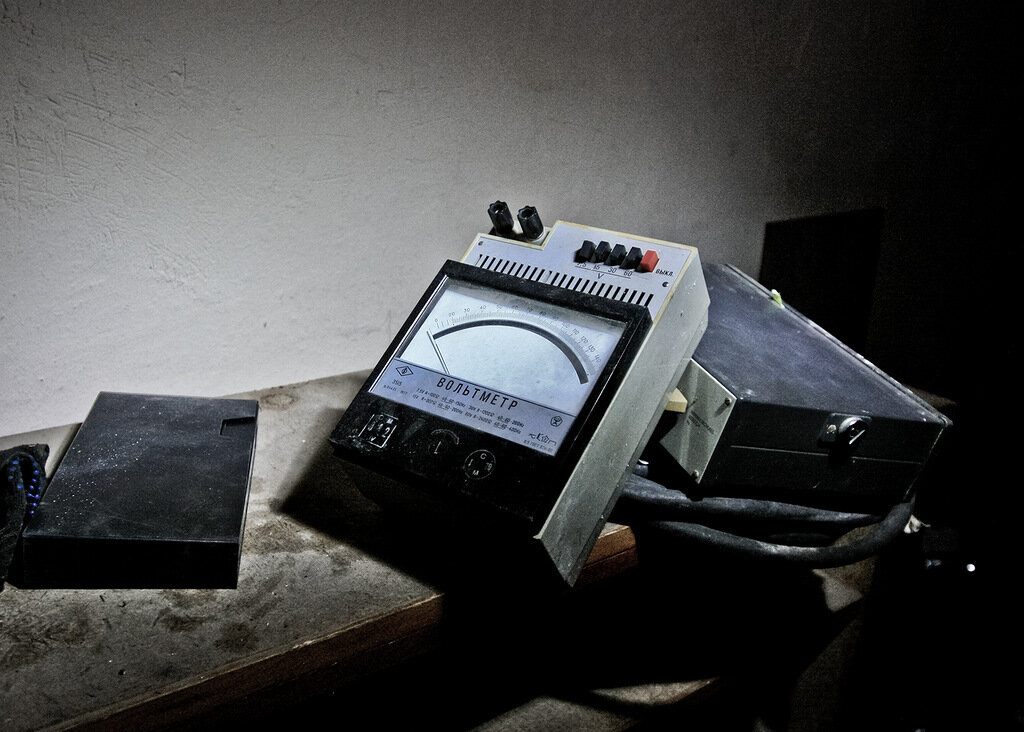 In the other rooms. 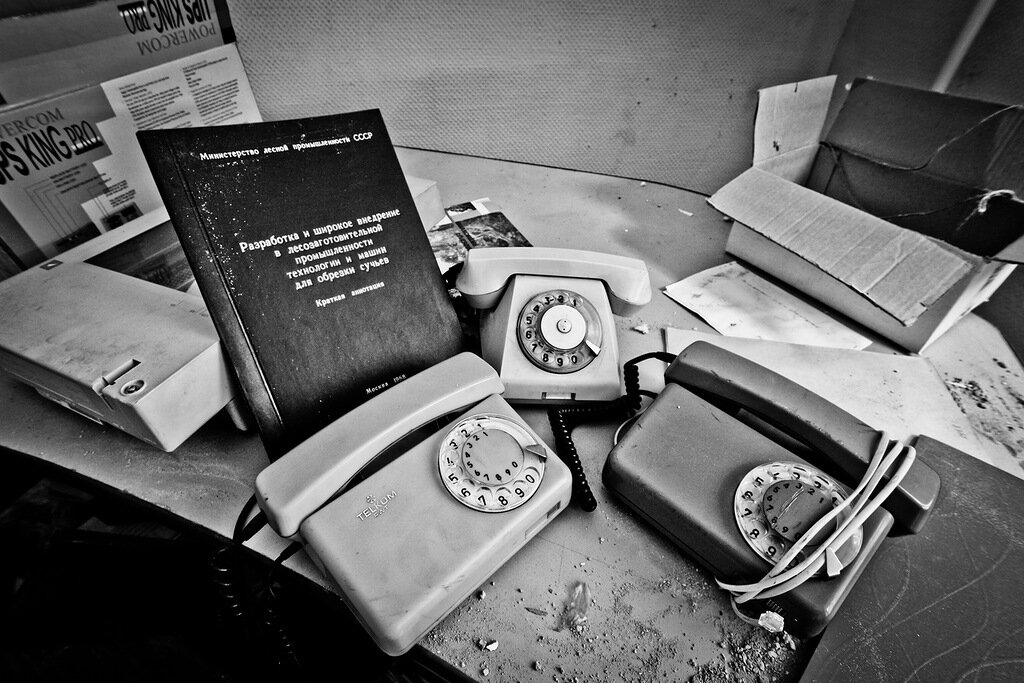 Shots taken in the neighbouring engineering office building before its demolition.

Various literature that can be found in there. 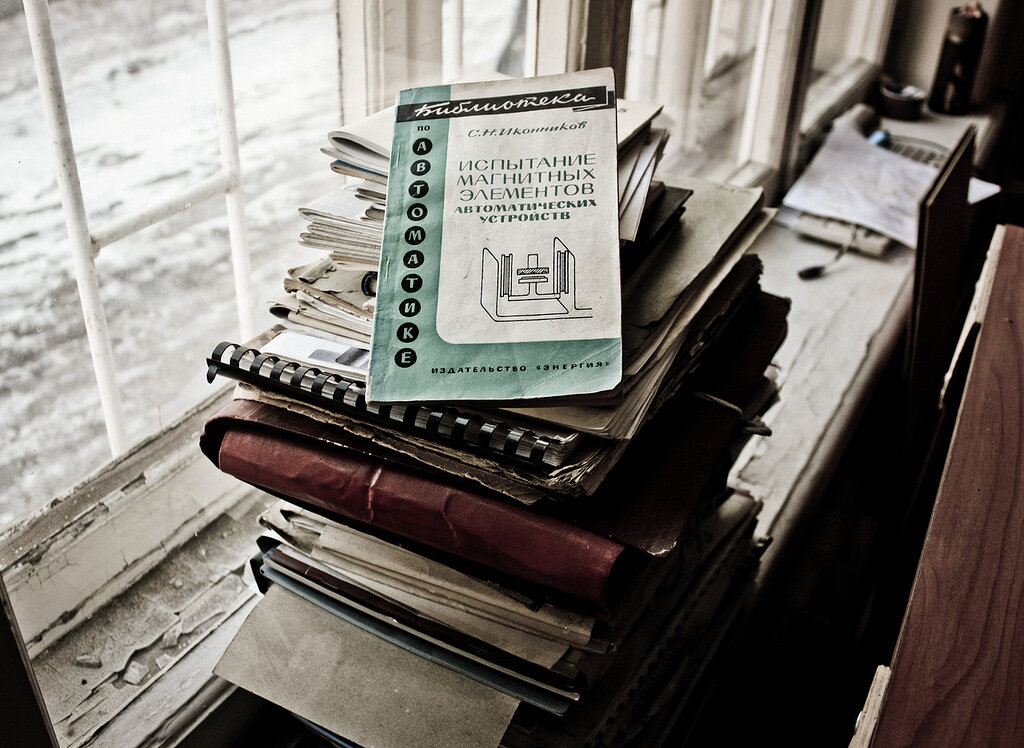 It was also possible to come across stuff like this. 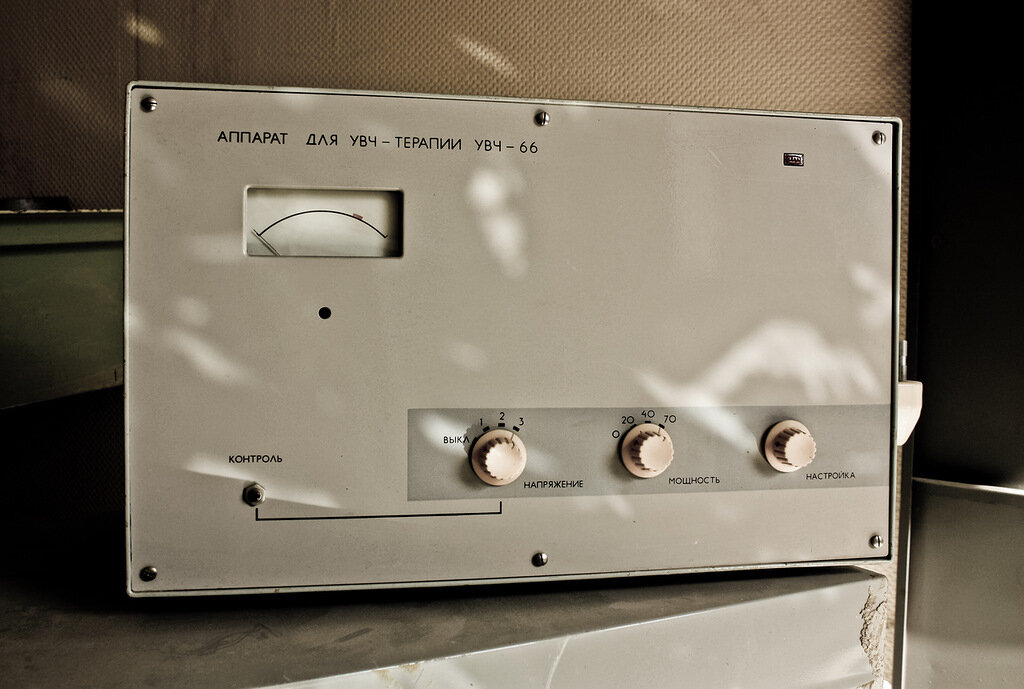 Now I would like to go back to the photos of an experimental lab that is located in the basement of the main building. 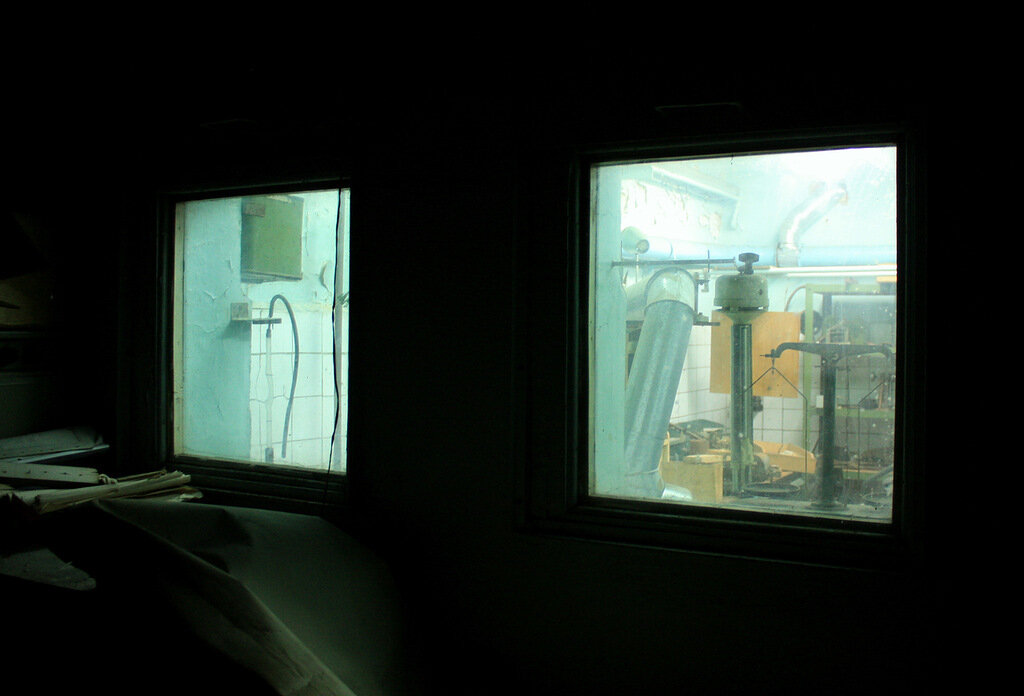 A general view of the lab. 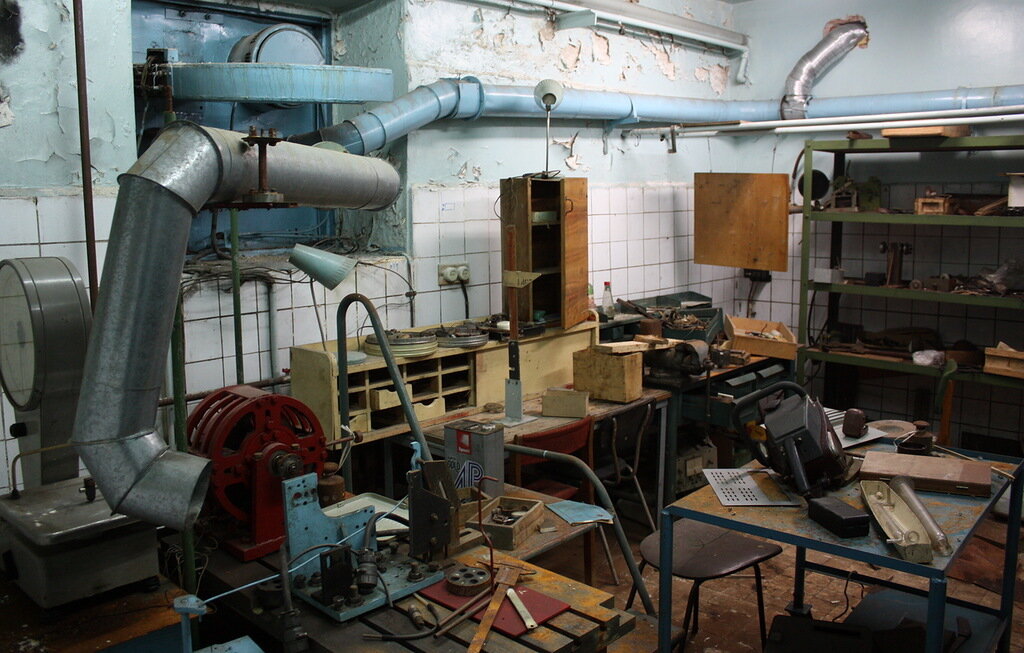 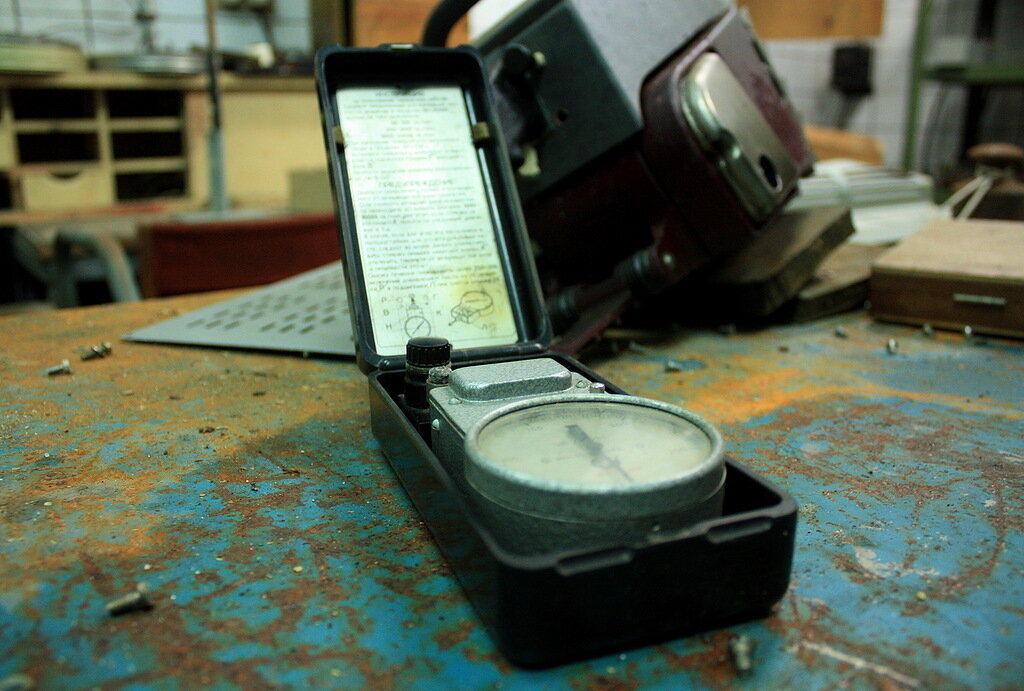 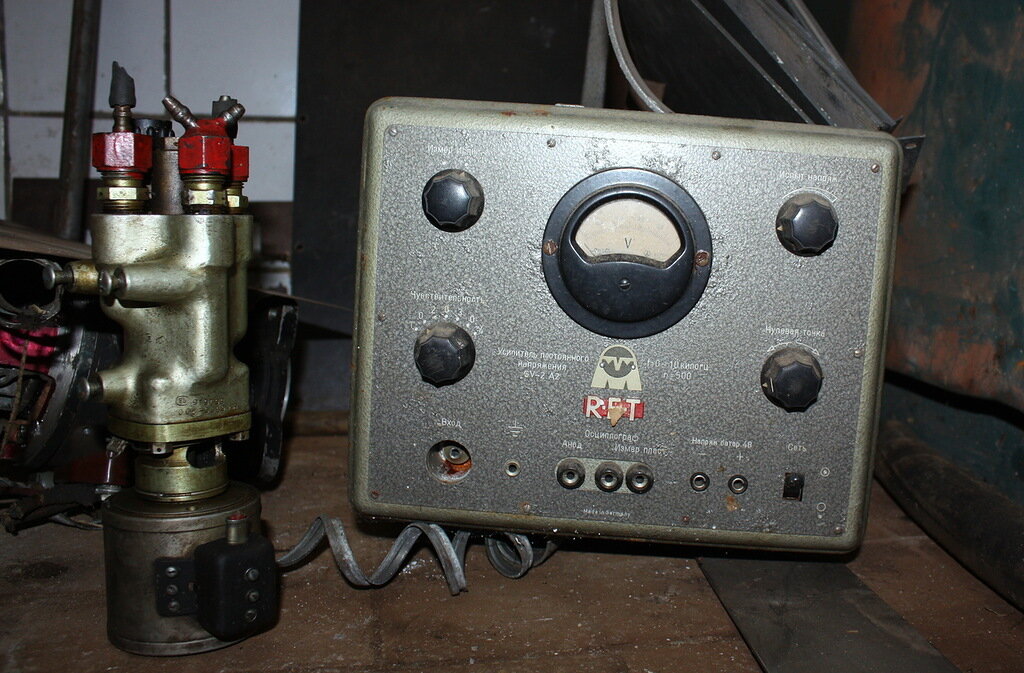 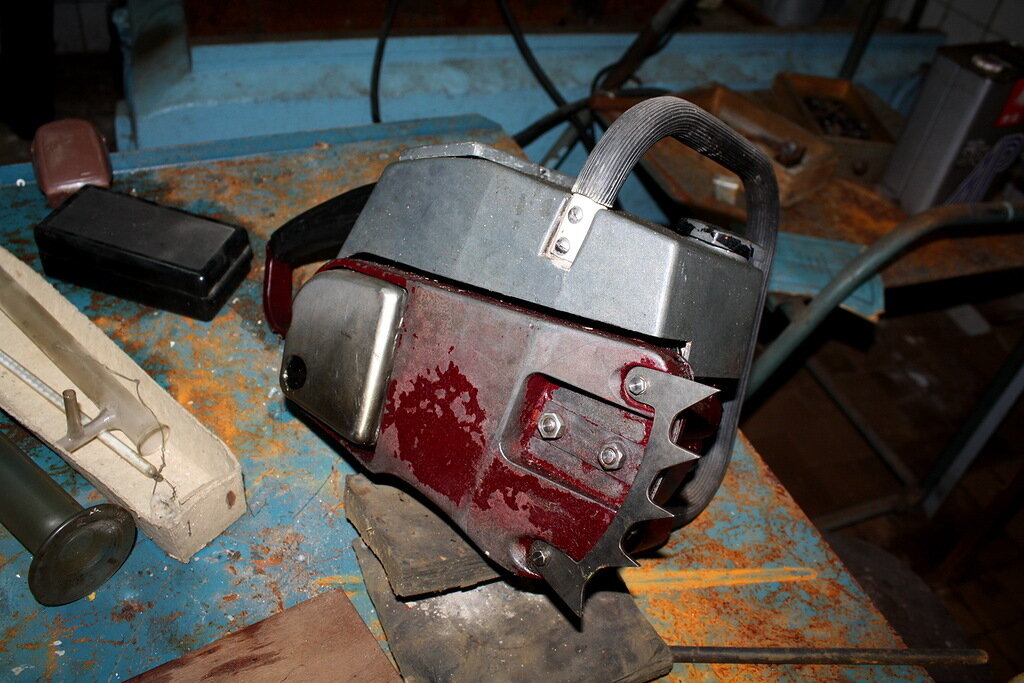 On one of the shelves we found this very nice scale. 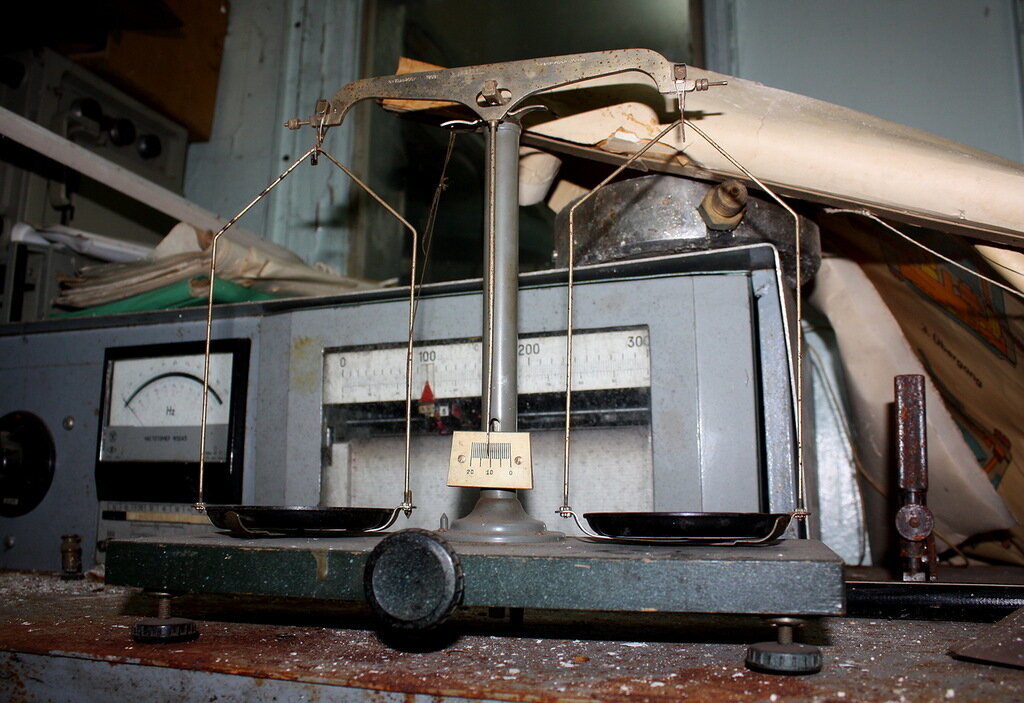 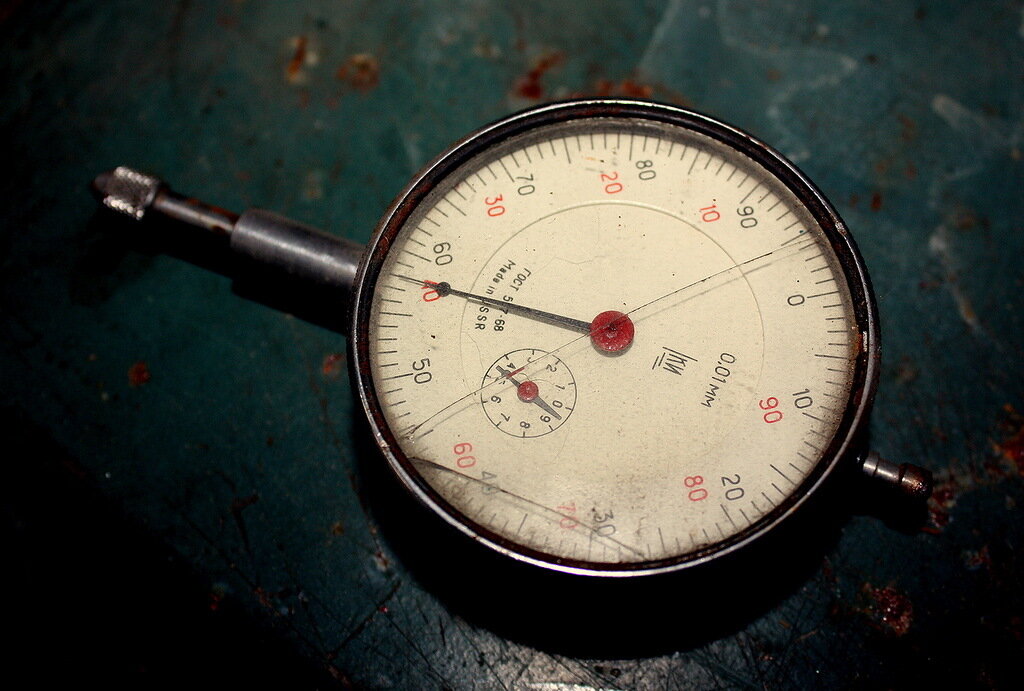 Now I will show you some photos taken in the bomb shelter. 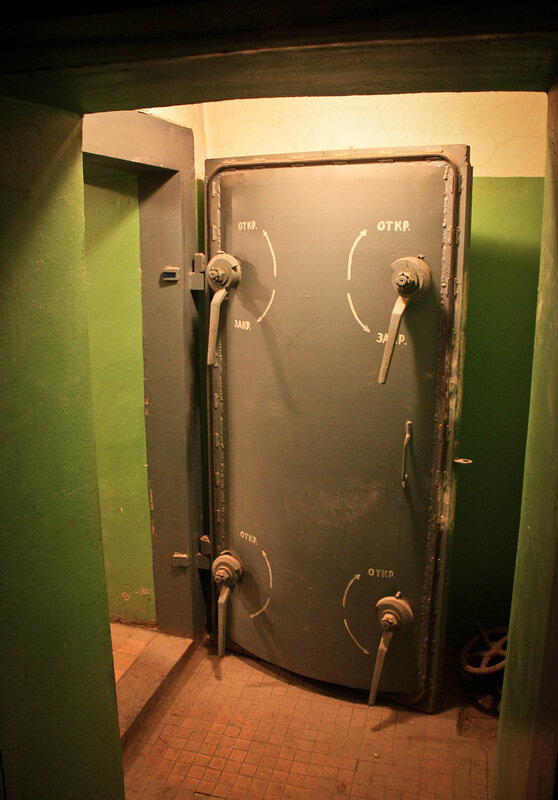 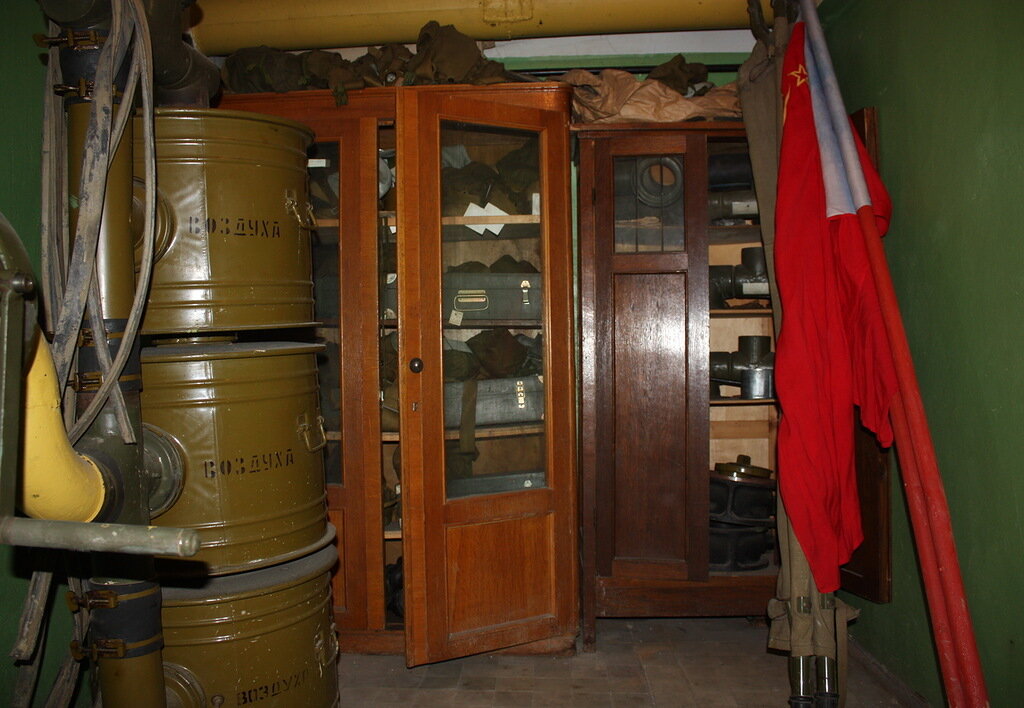 A showcase with sample radiation meters. 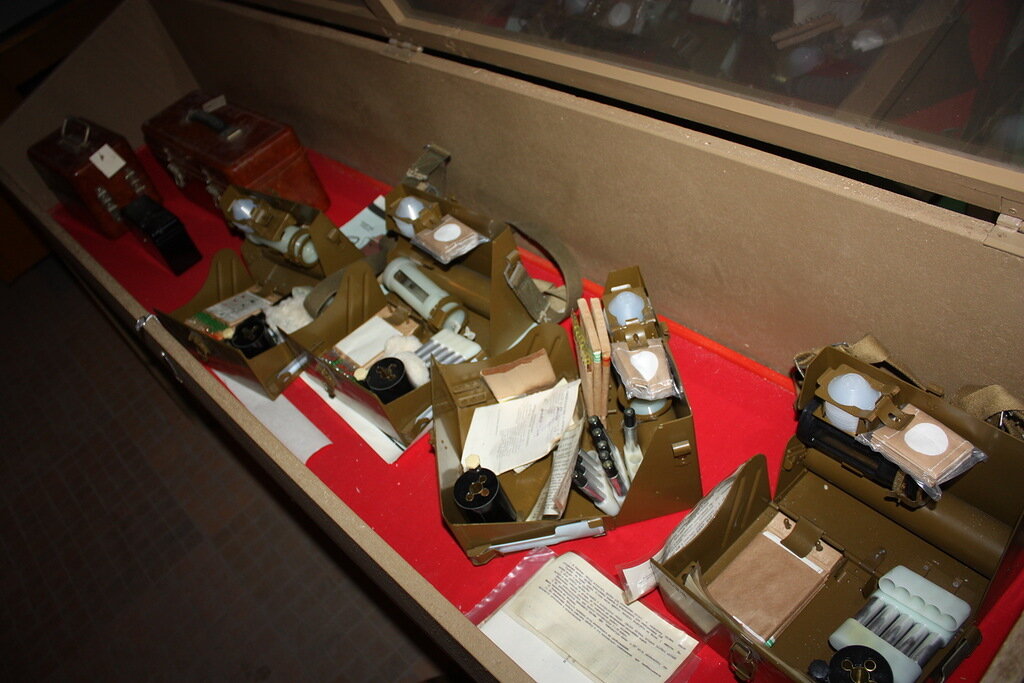 Diplomas that have been awarded to the institute. 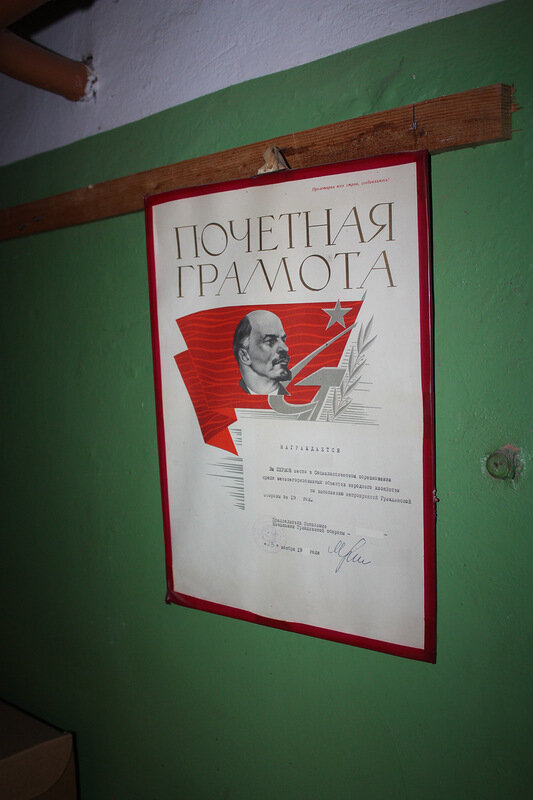 A showcase with sample gas masks. 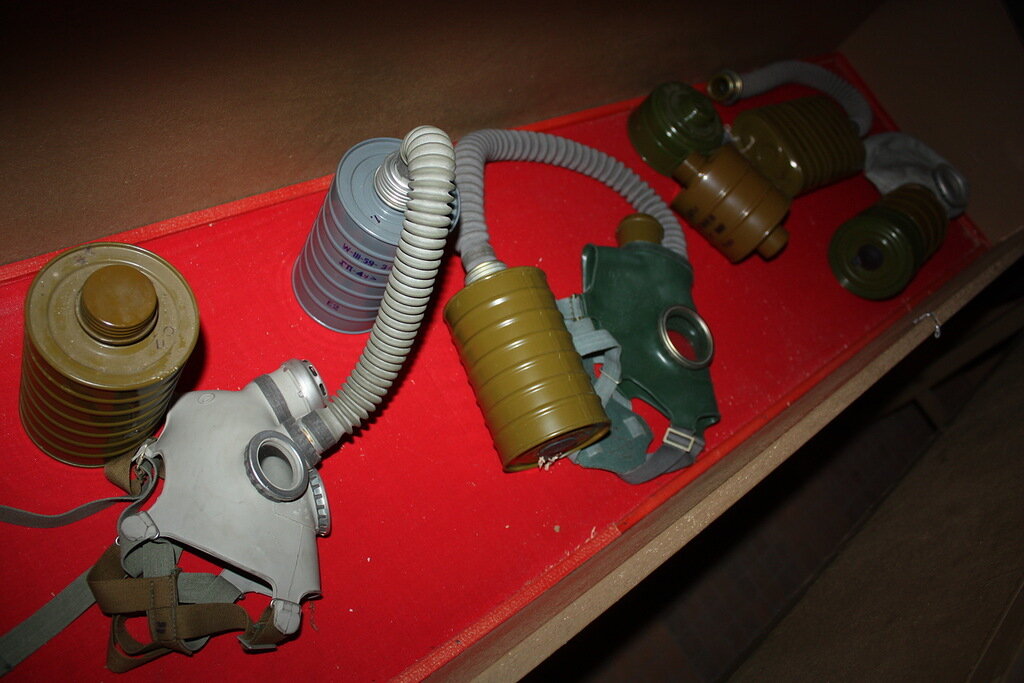 A frequence meter on one of the shelves. 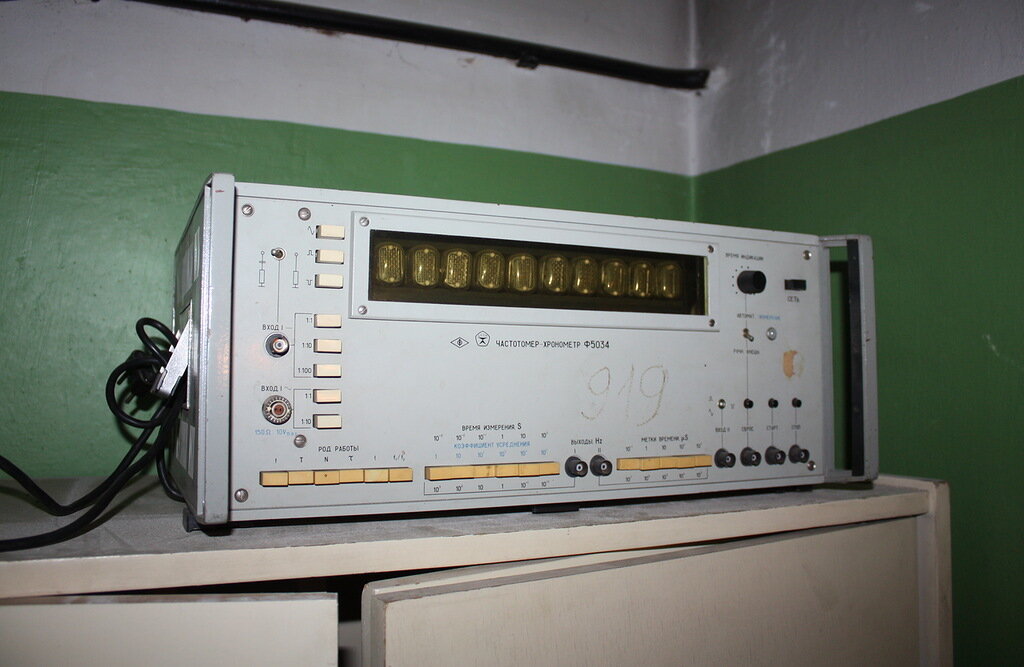 All kinds of drafts, schemes and projects that were later moved to the assembly hall for records. 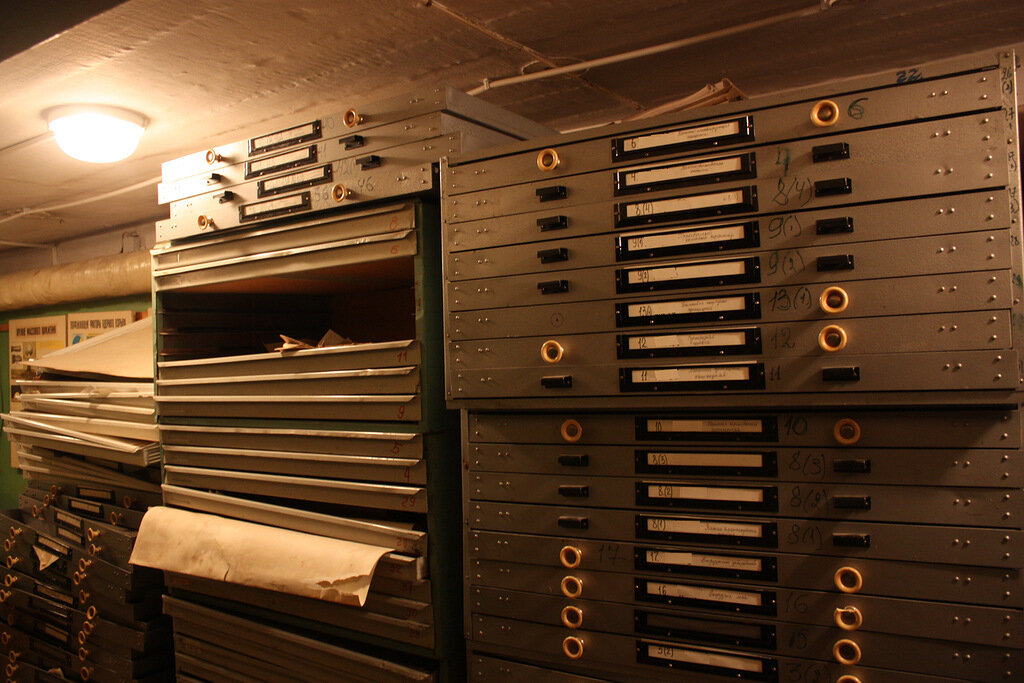 Unfortunately, all of this is sliding into oblivion. I think that soon the main building together with the assmebly hall, labs and the bomb shelter will no longer exist and nothing but a pile of demolition waste will take its place.

In fact, the last remains of the building are probably being torn down right now, because the step-by-step demolition process started a week ago. 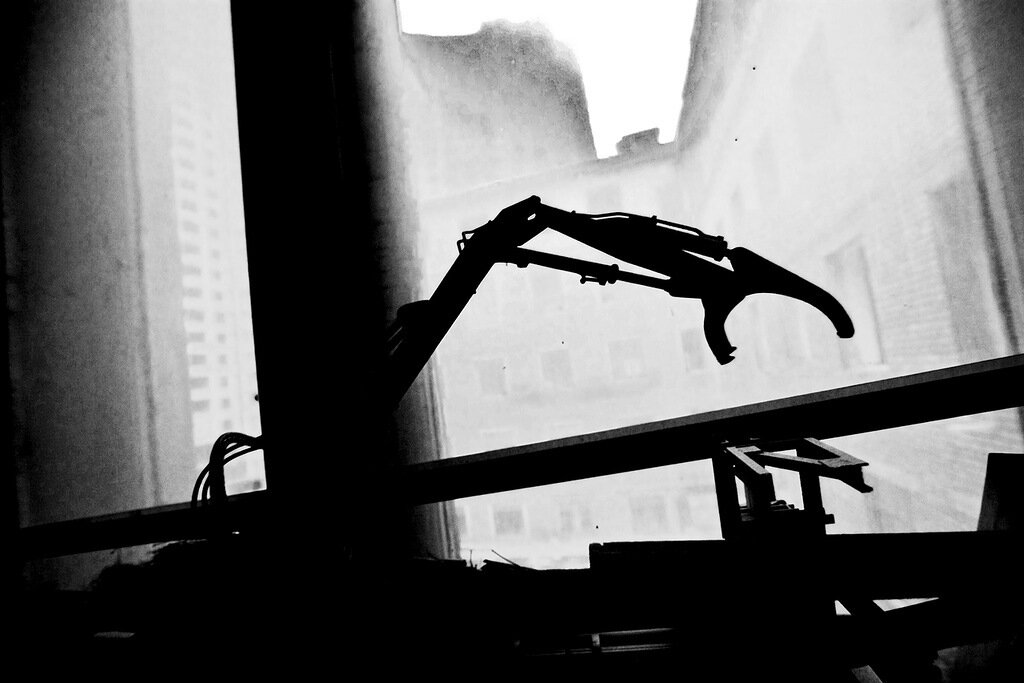 P.S. Sadly, the building together with all that still remained inside was completely torn down, and a new residential complex will be built on its ruins with the permission of the head of the research facility. Very nice.