This time we will go for a walk in the autumn forest and visit a rather interesting place – an abandoned research laboratory.

Honestly, in appearance and location, I would never have thought that there was a laboratory.

What did the scientists in this laboratory do? Here they studied the properties of wood, identified various types of biodegradable factors and determined ways to protect this material from fire and atmospheric influences.

Alas, after the collapse of the Soviet Union, funding has fallen dramatically, so most of the territory has been mothballed until better times …

The first thing we did was go to the research lab. Yes, you did not misinterpret, this wooden house in front of us is not a pioneer camp building, but a serious chemical laboratory. Let’s see what the building holds in it. 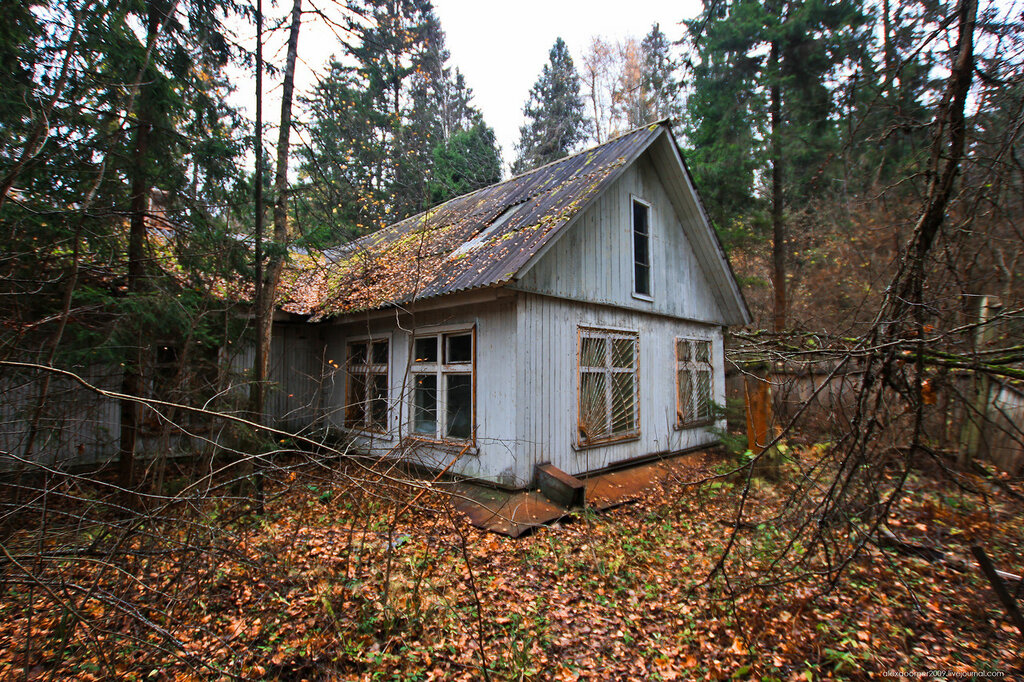 We will visit first directly to the chemical laboratory. The room was very well preserved, everything was in place. Exhaust cabinets, test tubes, flasks and other attributes of any decent laboratory. 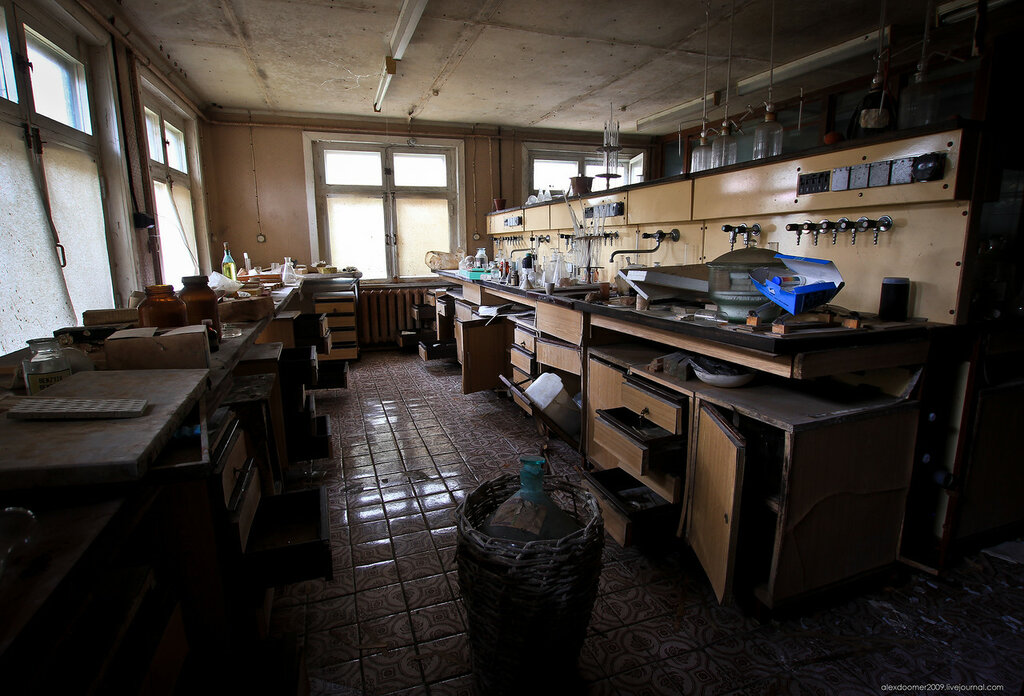 A lot of reagents, flasks, funnels, – dedicated to chemistry lovers) 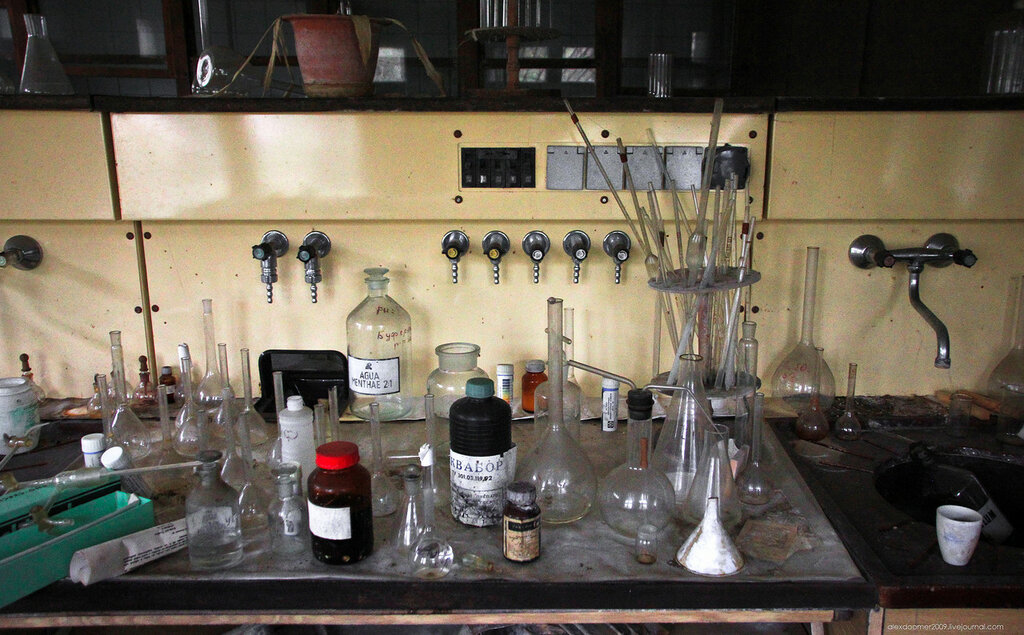 Iron lactate, reduced iron, rhizome of valerian, platifillin hydrotartrate. Do these names tell you anything? 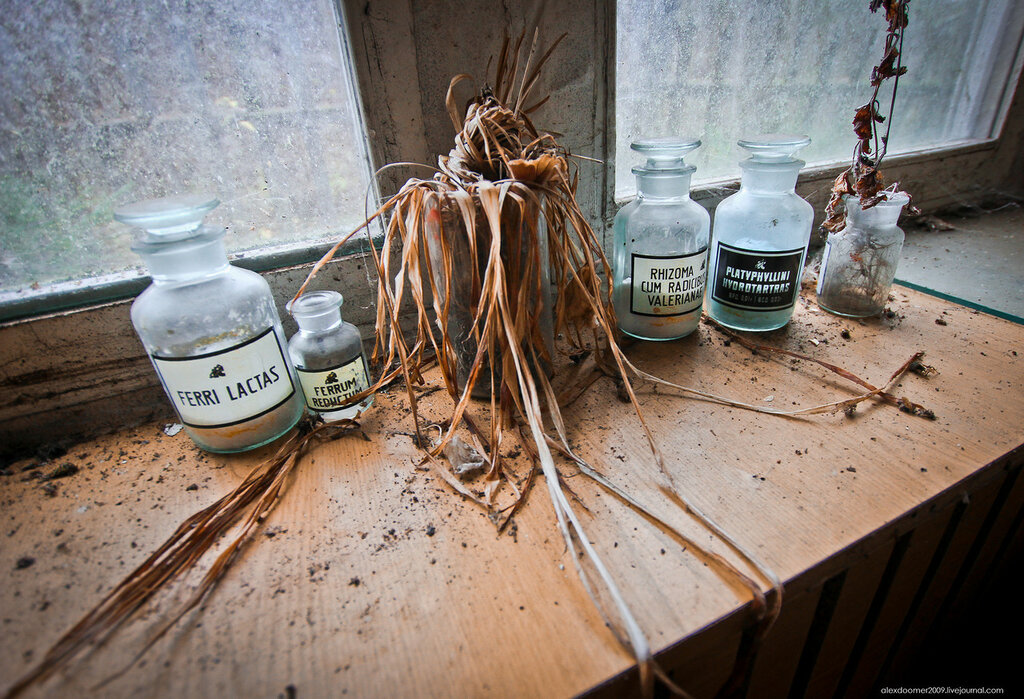 Here was a laboratory in which samples of wood species, including radiation, were tested. This is indicated by the characteristic cabinets designed for the respective work. 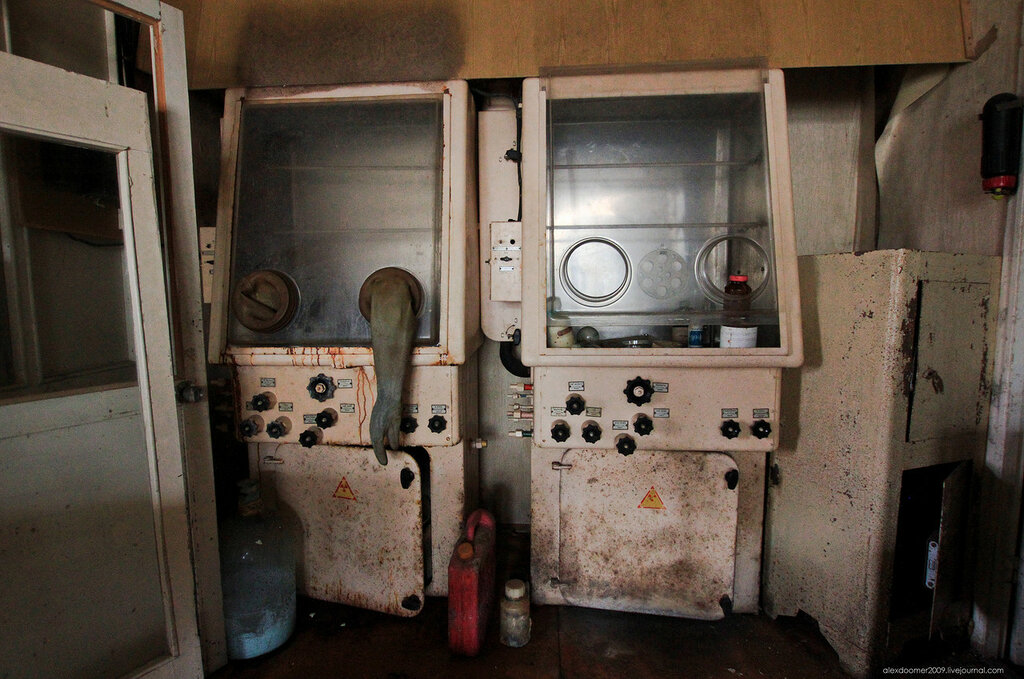 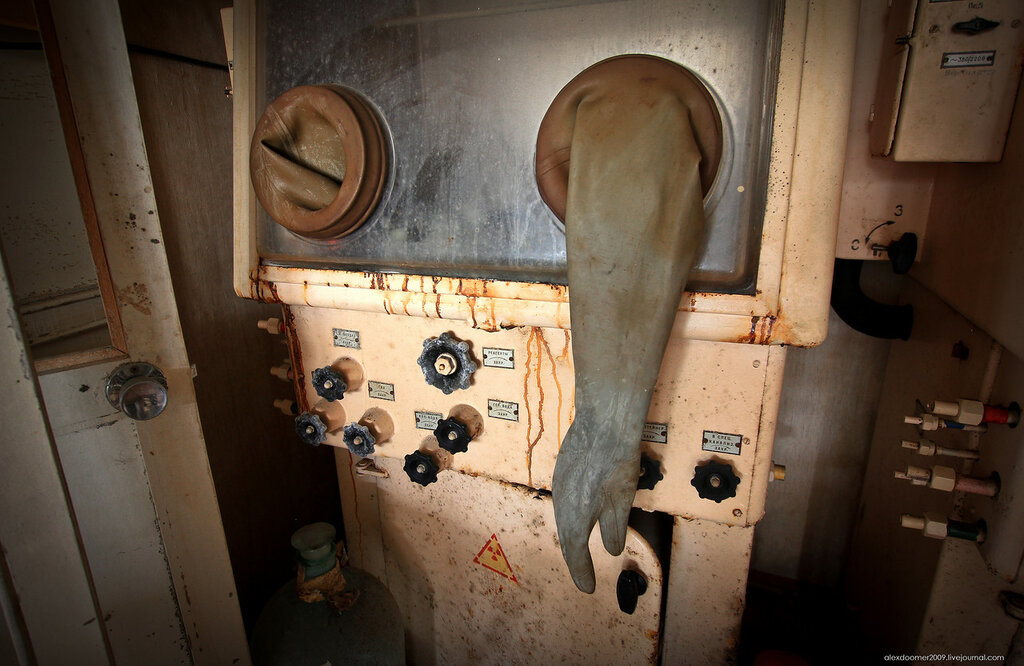 In this form were stored samples of wood species, which scientists took for experiments. 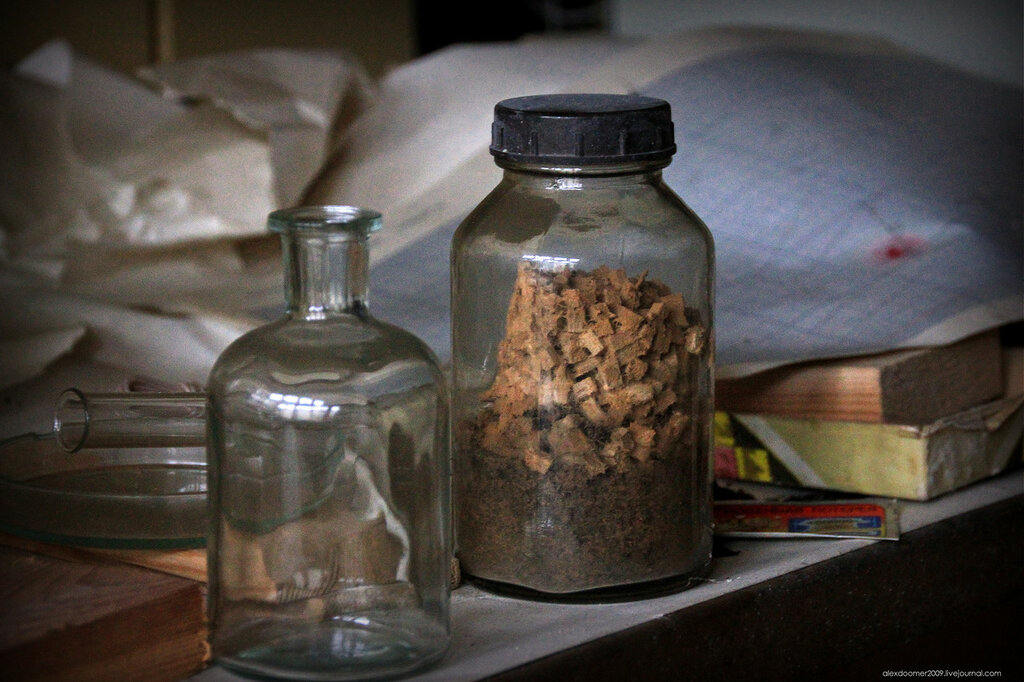 Periodically there are old newspapers, mainly for the 80th and 90th years. Some are in foreign languages. 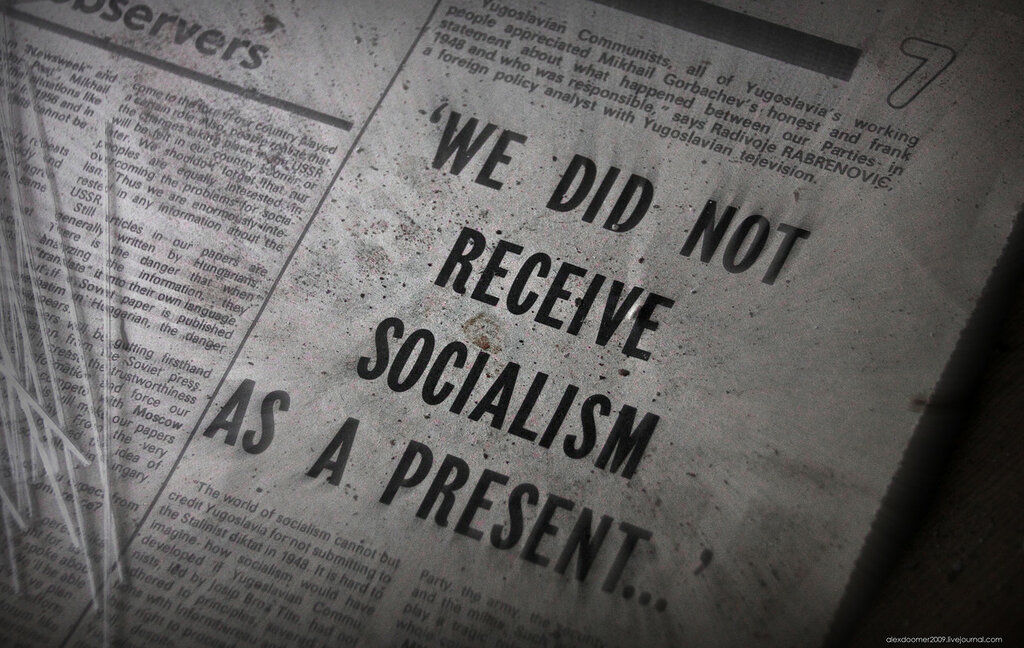 The administrative part is represented by only two small rooms located near the main entrance to the building. The walls are decorated with posters dedicated to flame retardants and impregnation of wood by them. And for clarity on the stands are presented samples of bio-protective preparations in the flasks. 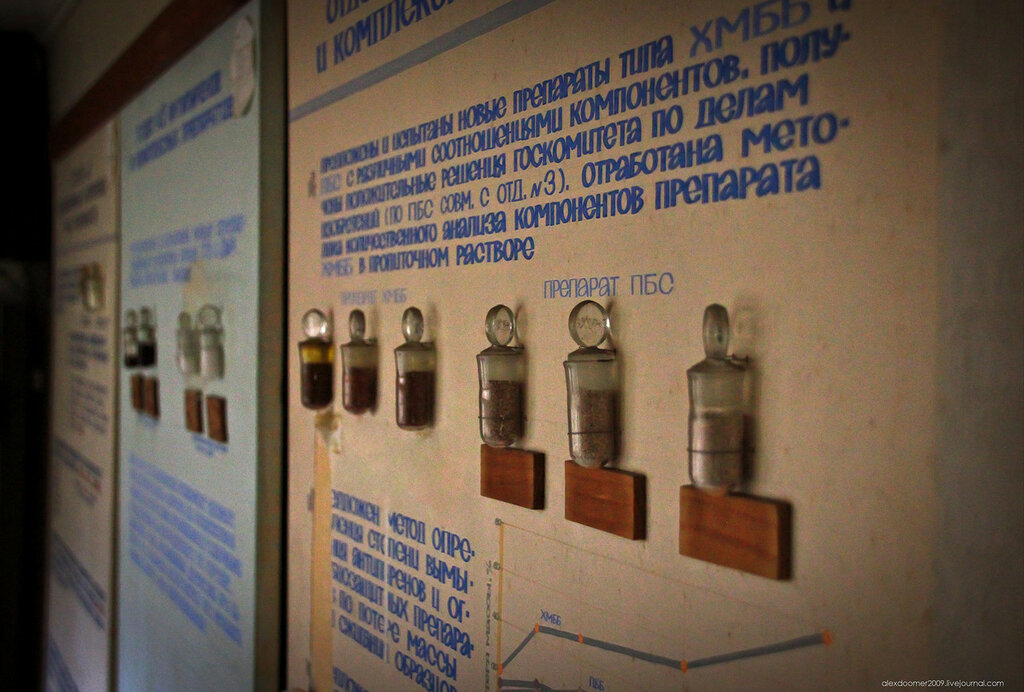 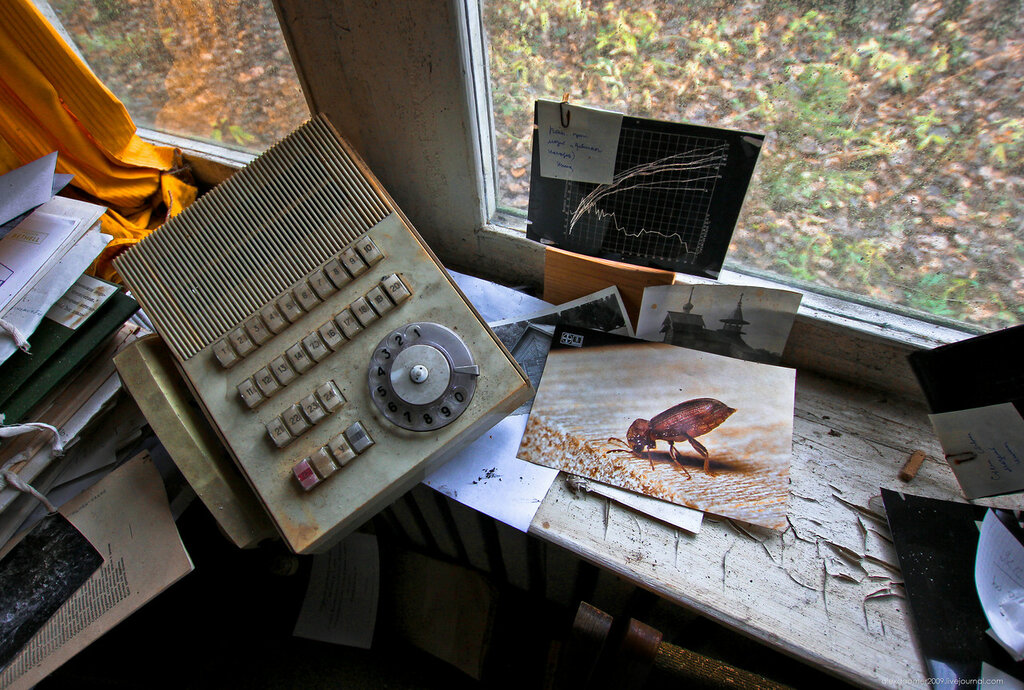 Everywhere there are various flasks and preparations. Most of the equipment and medicines were brought from the Czech Republic in the 70s and 80s. 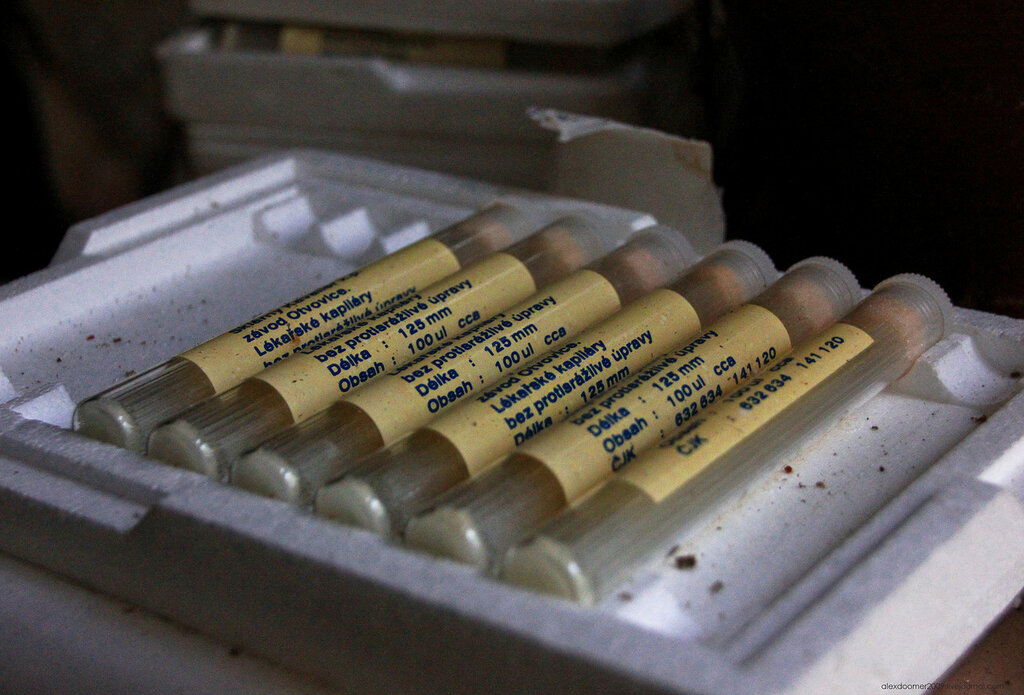 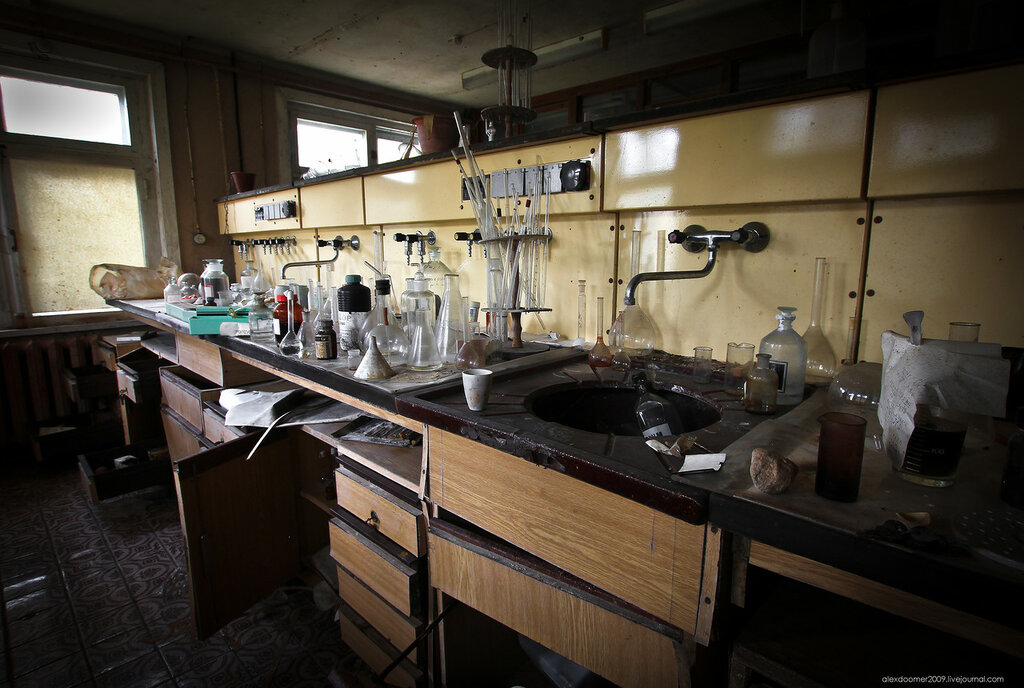 Thanks to the efforts of specialists working in this research institute, monuments of Russian wooden architecture were preserved and saved from further destruction. 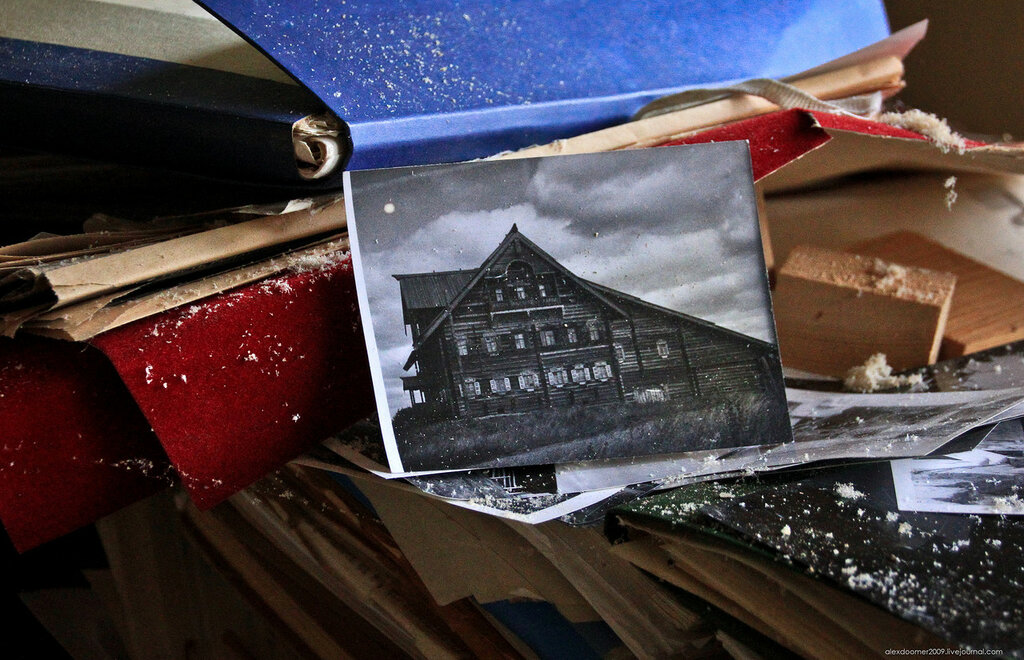 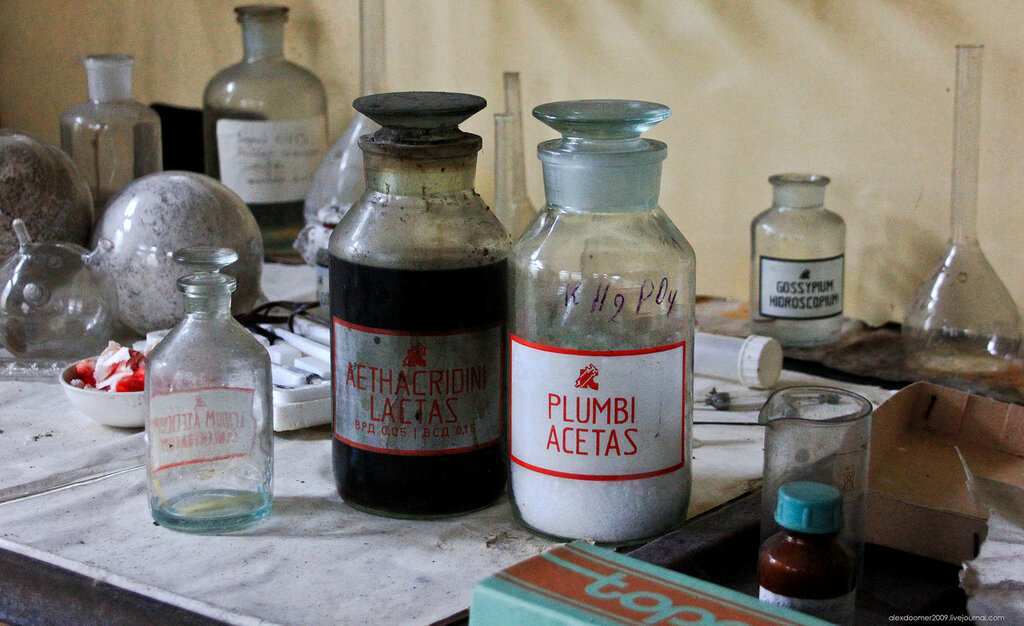 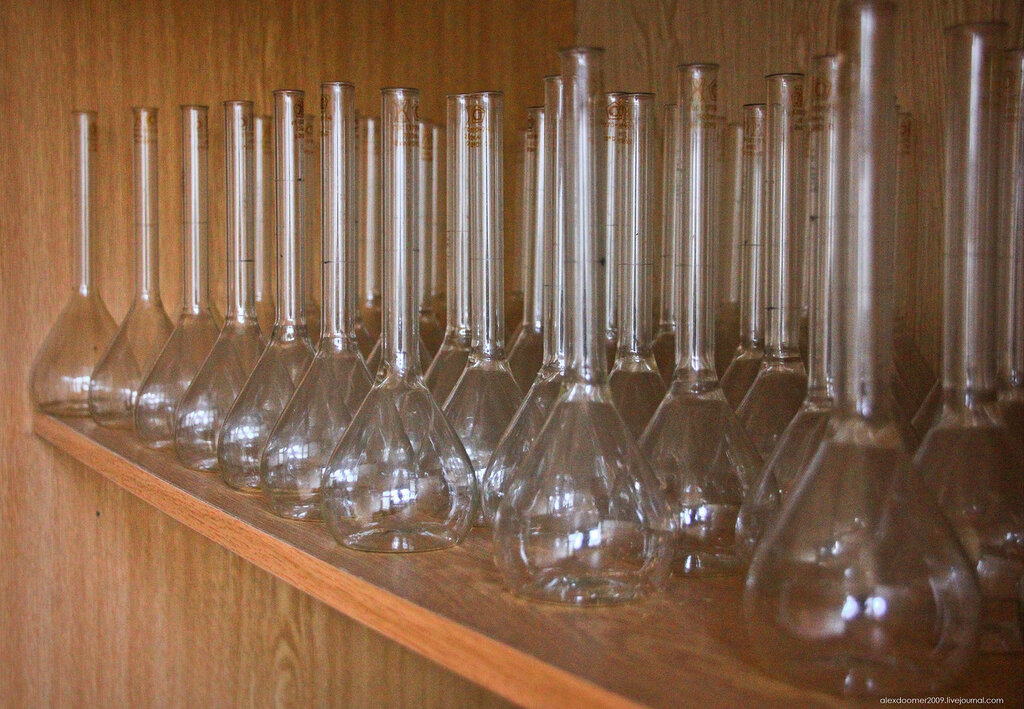 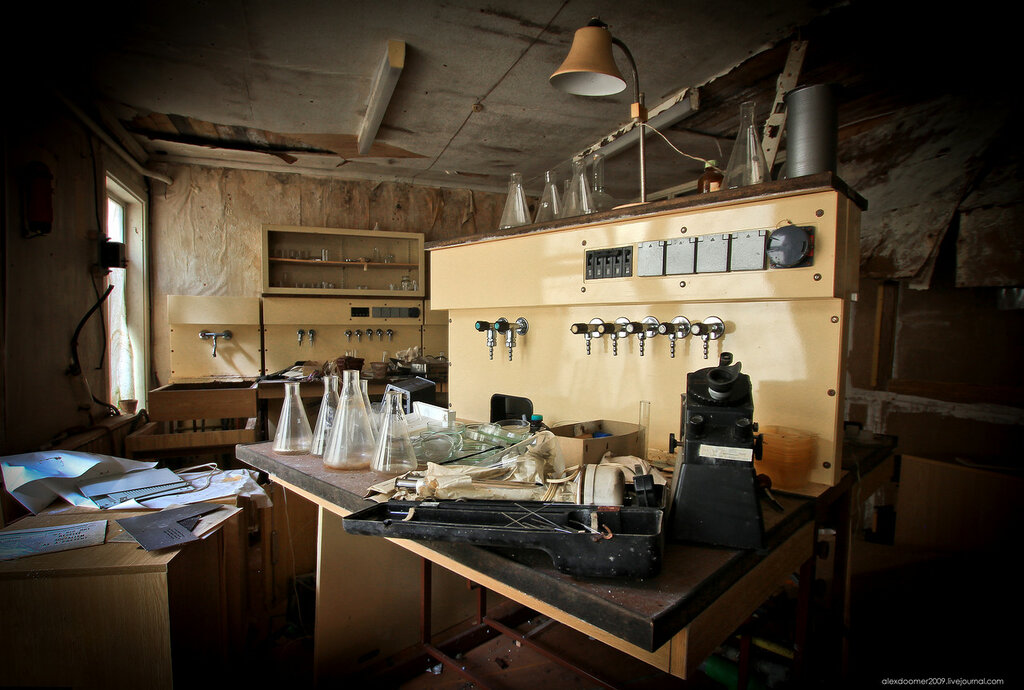 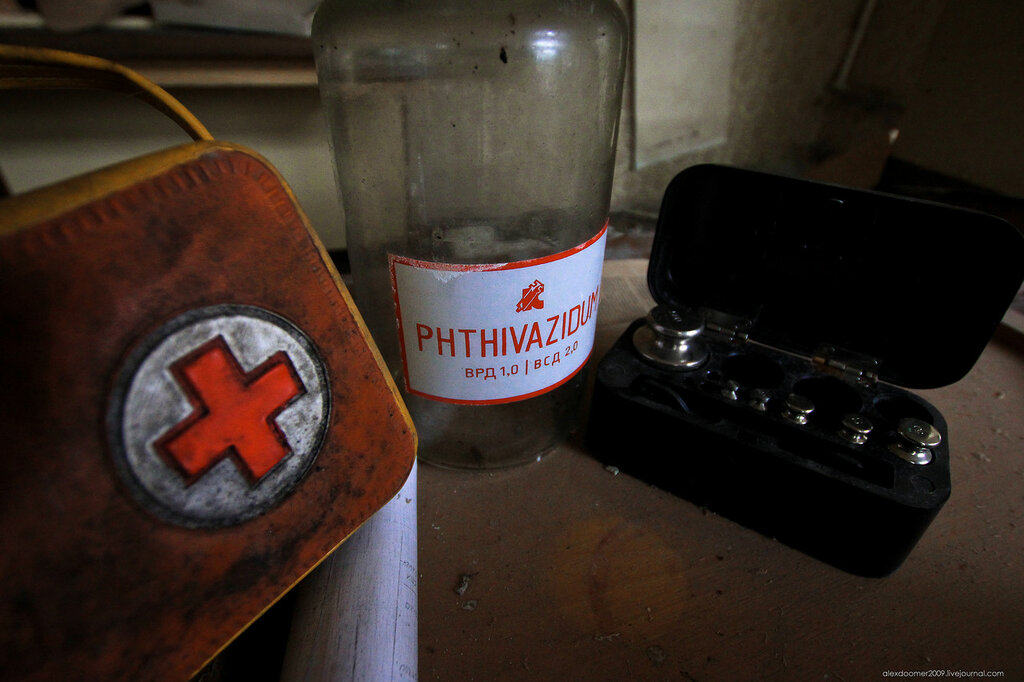 The classic of the genre of that time was the typewriter Yatran. 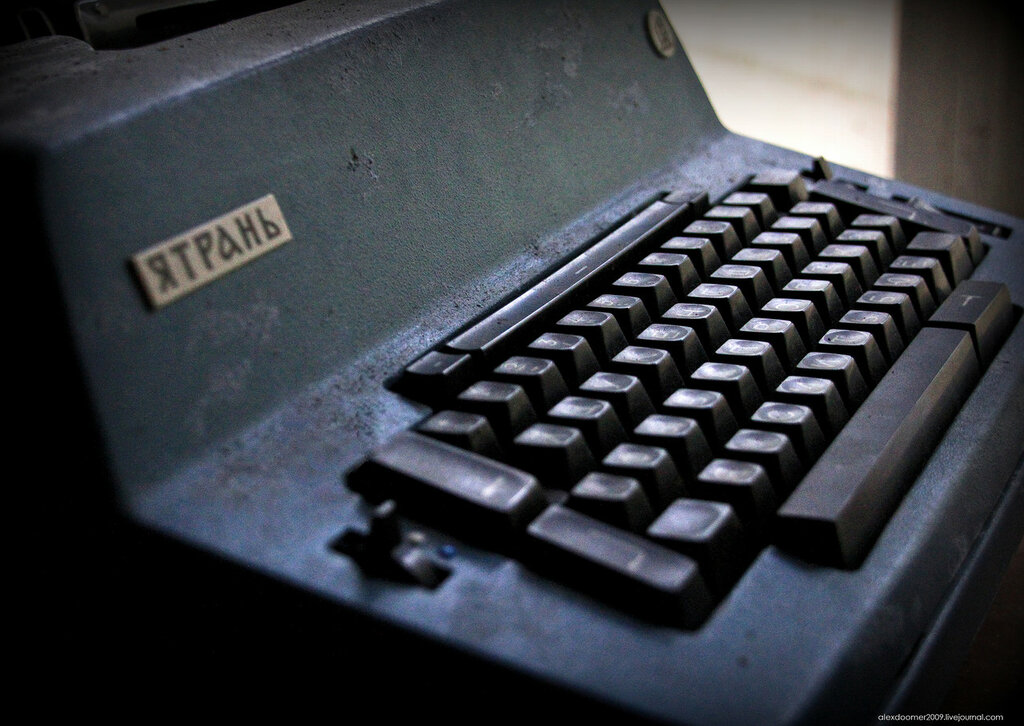 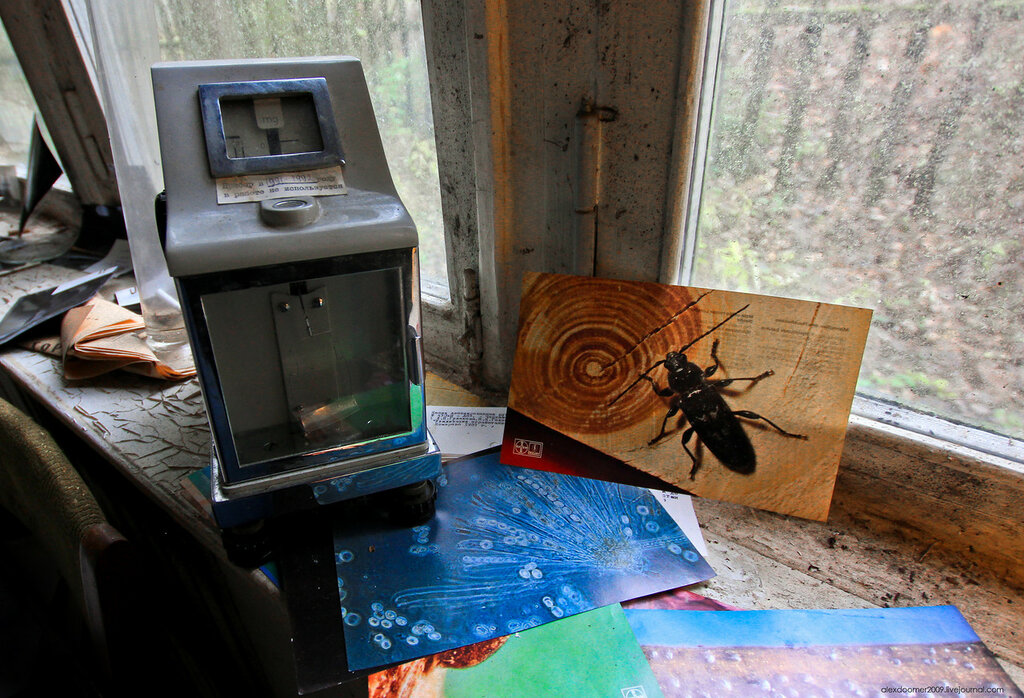 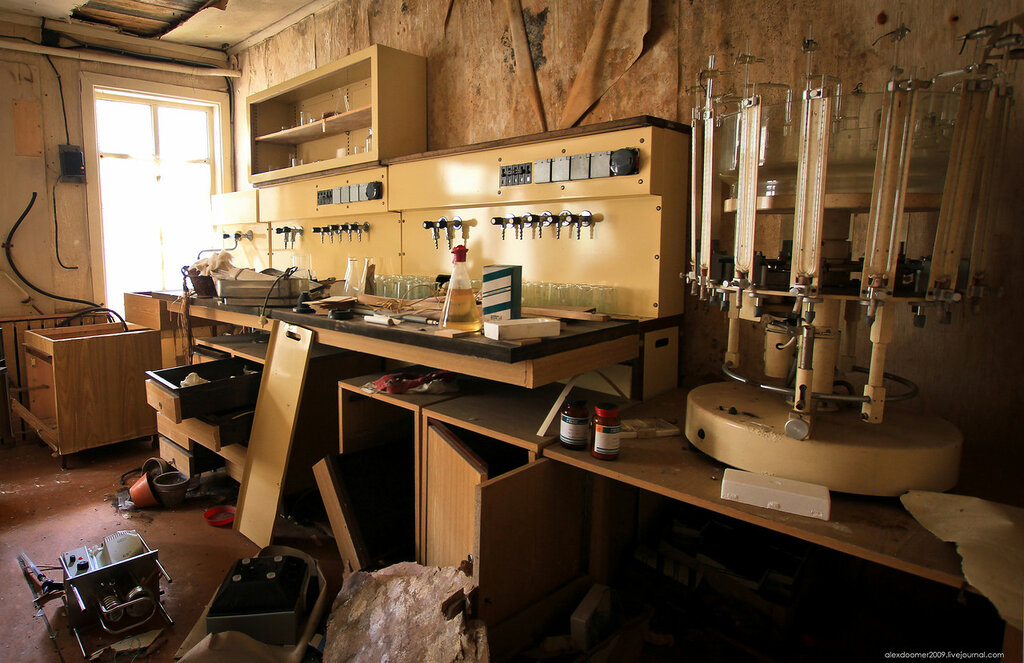 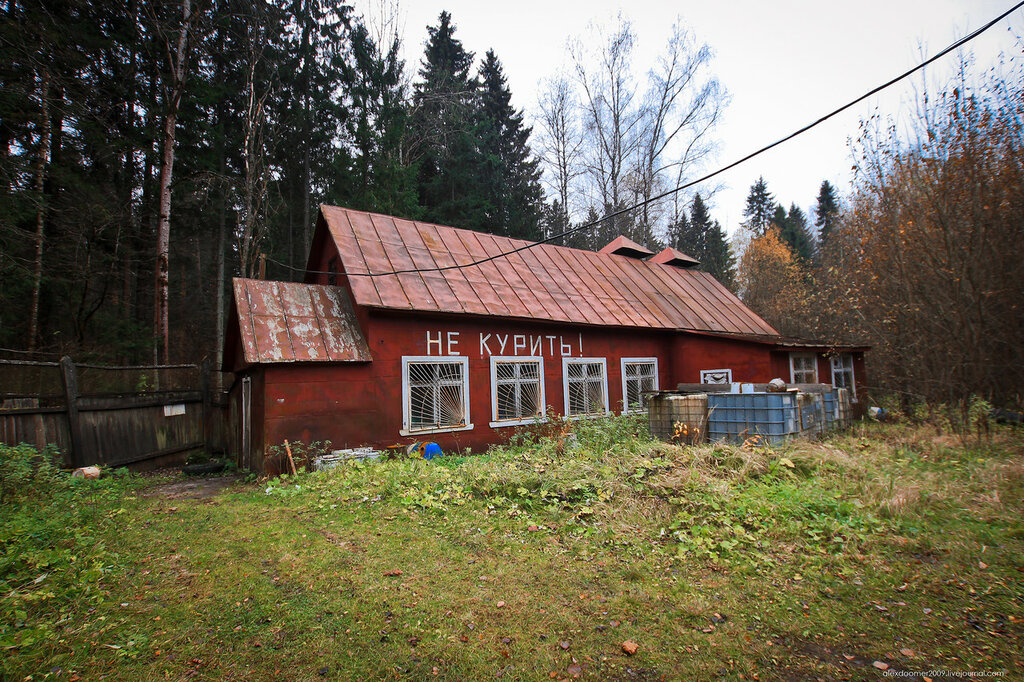 In the depths of the thickets we found a real wooden well!) It seems that water was previously taken from the underground source. 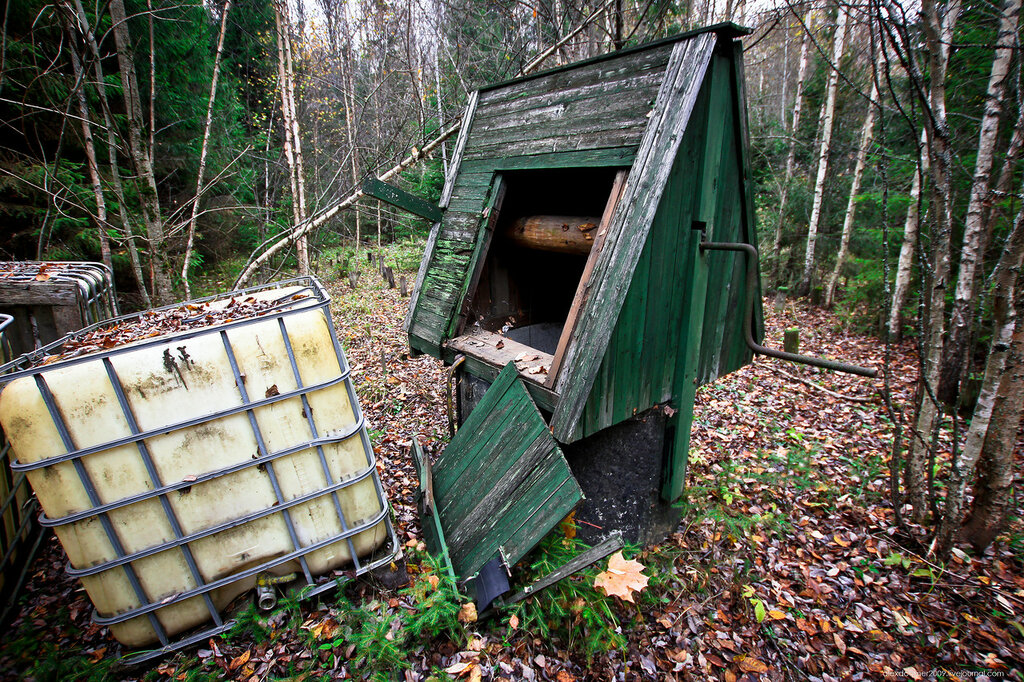 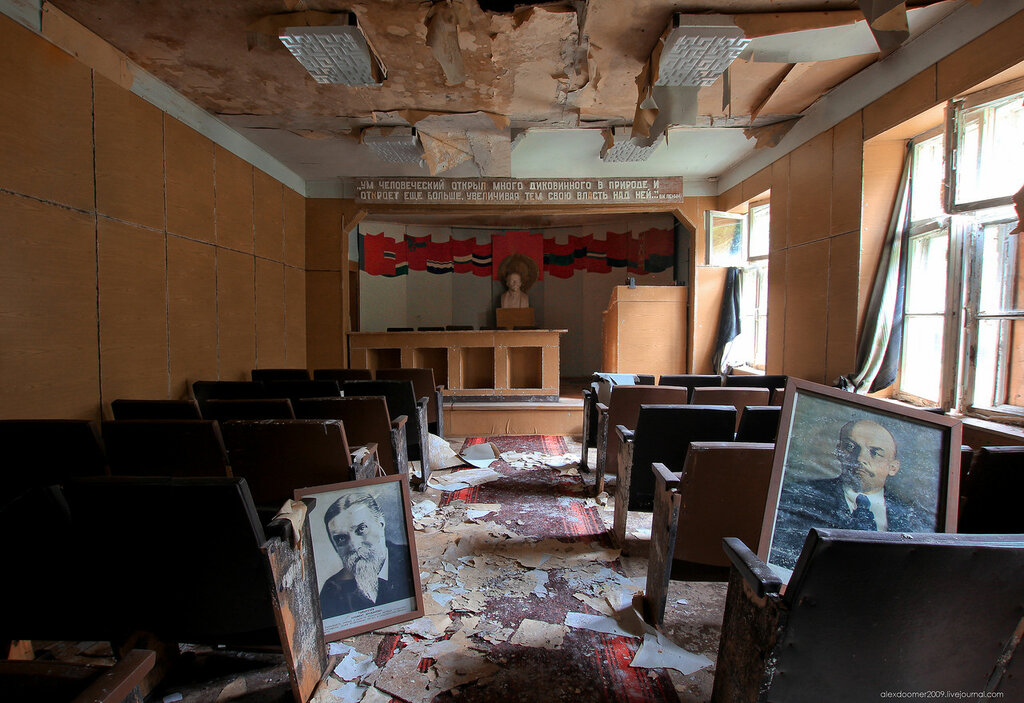 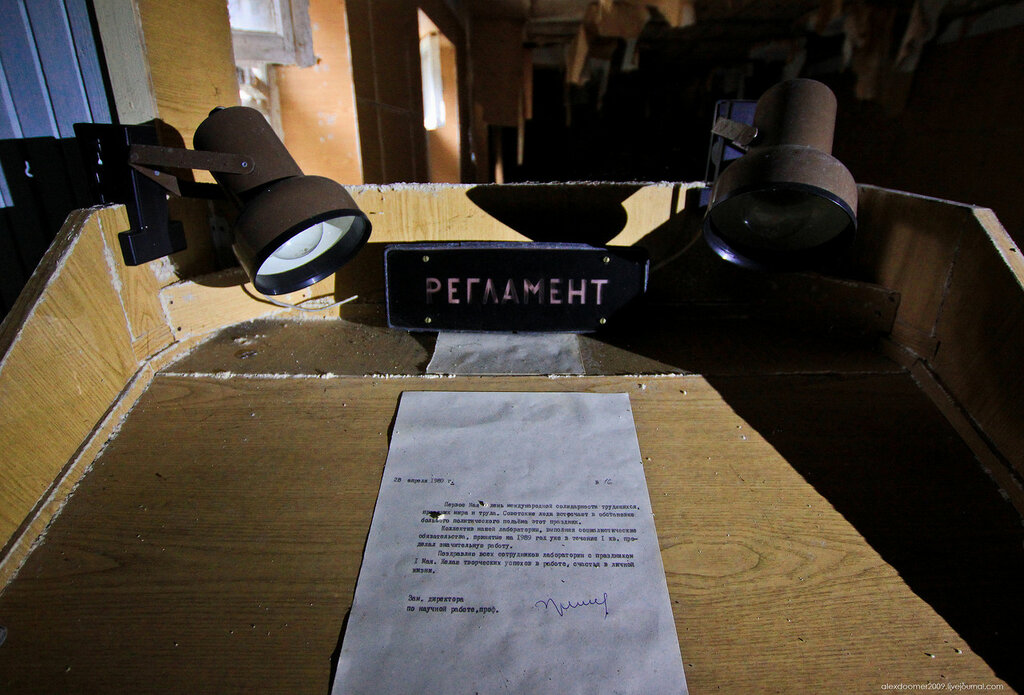 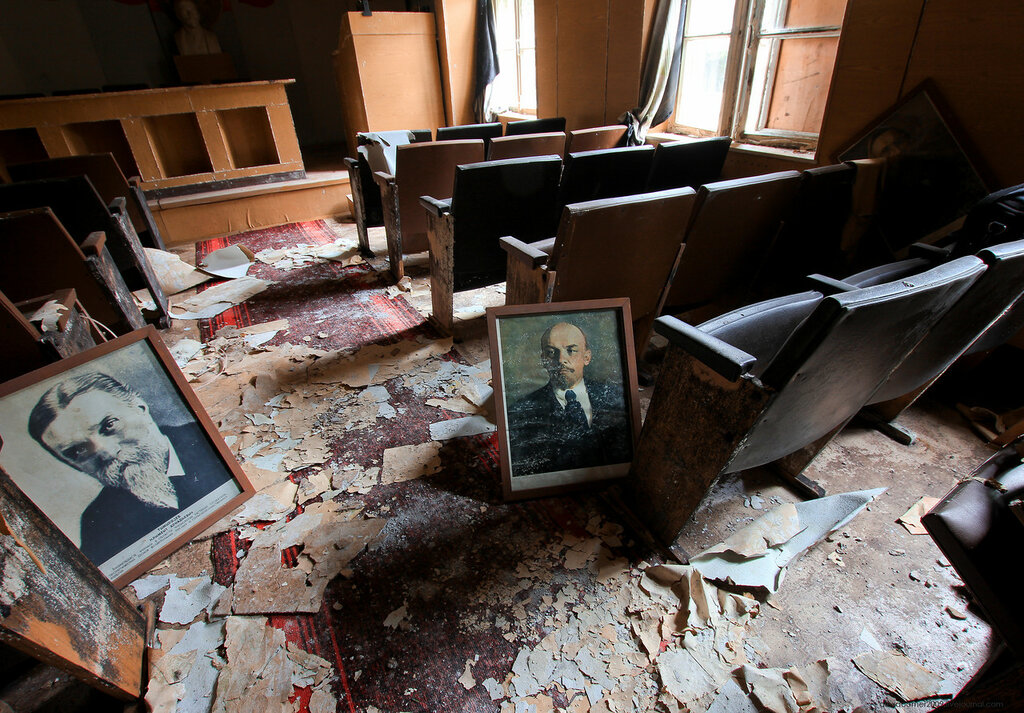 And the bust of the leader to the end of the report about this laboratory. 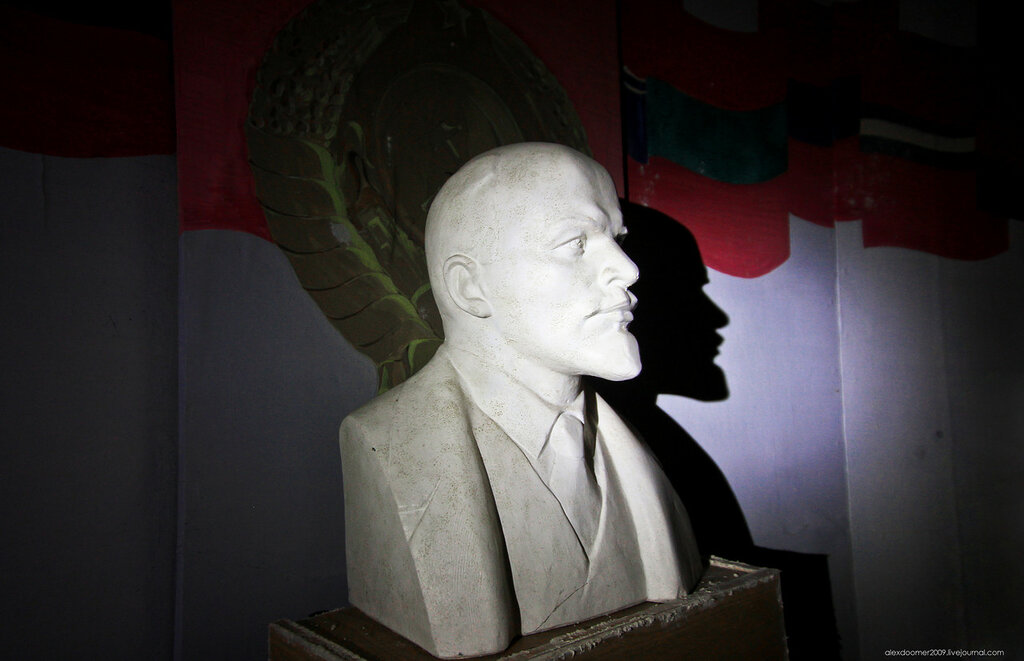